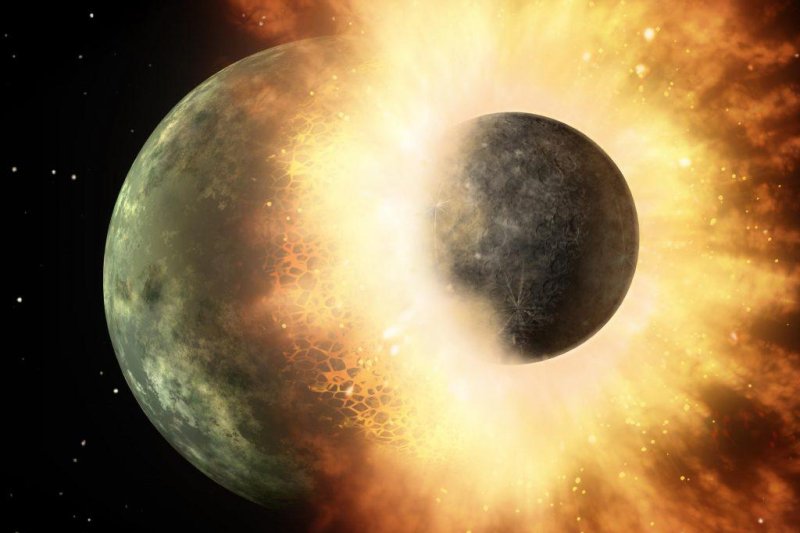 May 20 (UPI) -- The moon has two faces -- the smoother, Earth-facing side and the rougher side, the dark side of the moon, which is marred by thousands of craters. Now, scientists know why the moon's hemispheres are so different.

According to a new study, an ancient collision between a dwarf planet and the moon left half the lunar surface permanently scarred.

Scientists have previously suggested Earth hosted two moons that merged billions of years ago. Planetary scientists have also previously floated the possibility of a collision between a dwarf planet and the moon.

If the moon did crash into a dwarf planet during the solar system's earliest days, the structure of the moon's crust should reveal the signature of such a collision.

RELATED NASA: $1.6B extra in 2020 adequate for moon mission, but more needed later

Researchers were able to locate such a signature using surveys of the moon's gravitational field.

"The detailed gravity data obtained by GRAIL has given new insight into the structure of the lunar crust underneath the surface," Meng Hua Zhu, a researcher at the Space Science Institute at Macau University of Science and Technology, said in a news release.

Scientists ran dozens of simulations of various impact scenarios to see which type of collision produced crustal structures similar to those found on the moon today.

Models showed a collision between the moon and an object slightly smaller than the dwarf planet Ceres offers the best explanation for the moon's two faces. Interestingly, simulations suggest the dwarf planet collided with the moon's near side. The impact threw up massive amounts of debris, which settled on the far side of the moon.

Such a large deposition event, scientists argue, explains why the far side of the moon's crust is significantly thicker than the near side's. It also accounts for the Earth-facing hemisphere's shortage of craters.

The new impact scenario could also help explain differences in the isotopes of potassium, phosphorus and rare-earth elements like tungsten-182 measured on the surfaces of Earth and the moon.

Researchers detailed the results of the lunar impact simulations this week in the Journal of Geophysical Research: Planets. The findings could help planetary scientists explain structural dichotomies on other