A new and improved metal organic framework could be used to improve carbon capture at industrial facilities. Photo by EPA-EFE/RYAN TONG

May 16 (UPI) -- Metal-organic frameworks are metal compounds with lattice structures that boast nano-sized pores. These pores are quite adept at filtering a variety of chemicals out of water solutions, including heavy metals, hydrogen and even gold.

But metal-organic frameworks, or MOFs, are less effective at gas separation -- until now, that is. Scientists in Switzerland have found a way to make MOFs lattice more rigid, helping the materials capture and separate gas molecules.

In a way, metal-organic frameworks were too good at trapping molecules.

"The flexible 'lattice' structure of metal-organic frameworks soaks up gas molecules that are even larger than its pore window making it difficult to carry out efficient membrane-based separation," Kumar Varoon Agrawal, researcher at the Swiss Federal Institute of Technology in Lausanne, said in a news release.

In the lab, scientists exposed a common MOF called ZIF-8, or zeolitic imidazolate framework 8, to temperatures of 360 degrees Celsius for only a few seconds. The treatment worked to strengthen the chemical bonds of the MOF and stiffen the material's lattice structure.

After the treatment, the MOF demonstrated improve carbon capture abilities. Scientists expect the new material to be used to prevent carbon dioxide produced in industrial facilities from entering the atmosphere. But the new technology has a variety of gas-separating applications.

"Rapid heat treatment is an easy and versatile technique that can vastly improve the gas-separation performance of the MOF membranes," said Agrawal. "By making the lattice rigid, we can efficiently carry out a number of separations."

Scientists described their breakthrough this week in the journal Advanced Materials. 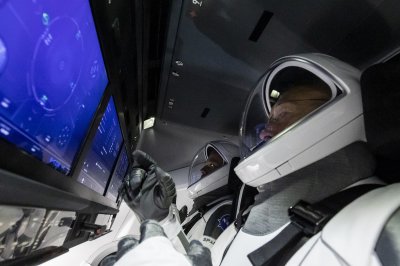