Since 1972, Greenland's ice loss has contributed to nearly 14 millimeters of sea level rise, half of which has occurred during the last eight years. 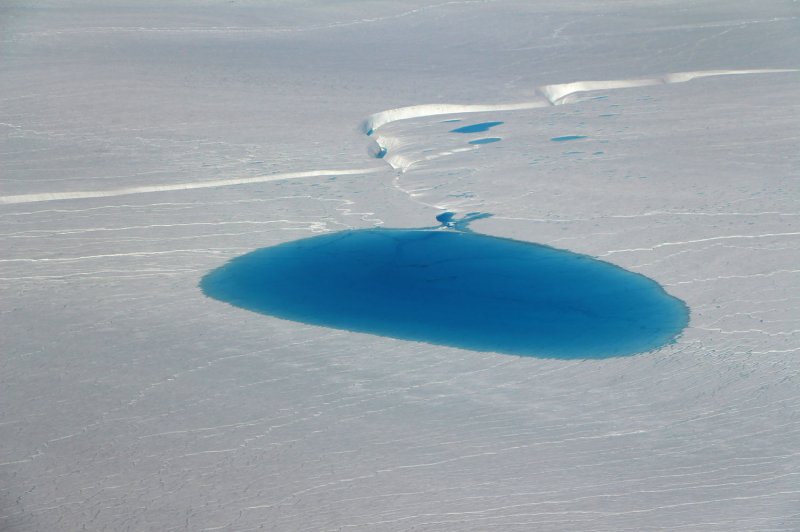 Greenland has been shedding ice at an accelerated clip over the last few decades. NASA Photo by John Sonntag/UPI | License Photo

April 23 (UPI) -- Greenland's rate of ice loss has increased six-fold over the last few decades, according to a new study.

To calculate how much ice Greenland has lost since 1972, an international team of researchers compiled a variety of data sources, including elevation records, gravity readings, satellite images and more.

"Over the entire period, even though we have more and better data now than in the 1970s, we are able to construct a robust, comprehensive and very precise record of mass change," Eric Rignot, researcher at the University of California, Irvine, told Earther.

The data showed that in the 1970s, Greenland's ice sheet was fairly stable. The ice sheet regularly lost ice in the form of icebergs, but gained most or more of it back through snow accumulation. But beginning in the 1980s, the island's ice sheet began shedding mass at an accelerated clip.

As the newest analysis revealed, the island's coastal glaciers began flowing toward the ocean at a faster pace. And as calving rates have picked up, more and more ice is drifting out to sea. Warmer temperatures over the last 20 years have also led to increased melt water flows.

Since 1972, Greenland's ice loss has contributed to nearly 14 millimeters of sea level rise, half of which has occurred during the last eight years.

"As glaciers will continue to speed up and ice [and] snow melt from the top, we can foresee a continuous increase in the rate of mass loss, and a contribution to sea level rise that will continue to increase more rapidly every year," Rignot told CNN.

The new compilation of Greenland ice loss data -- published this week in the journal PNAS -- showed all parts of Greenland are now melting and shedding ice.

"The entire periphery of Greenland is affected," Pignot told the Washington Post. "I am particularly concerned about the northern regions, which host the largest amount of potential sea-level rise and are already changing fast."

Science News // 4 hours ago
Japanese duo prepare for first tourist flight to space station since 2009
Dec. 6 (UPI) -- Two Japanese businessmen plan to become the first paying tourists to visit the International Space Station since 2009 by rocketing into orbit from Kazakhstan on Wednesday.

Science News // 5 hours ago
Solar cell discovery may help speed development of green energy technology
Dec. 6 (UPI) -- As science looks for better ways to harness electricity from the sun, an explanation for the efficiency of one promising material -- perovskites -- has proven elusive. It's finding could help speed green energy research.