"In the future, we'll be able to make use of exascale supercomputers, which will give us a chance to model the full genome," researcher Anna Lappala said.

The computer-generated gene simulations featured one billion atoms, the first of its kind. Photo by Los Alamos National Laboratory

The feat, described this month in the Journal of Computational Chemistry, could help scientists better understand diseases and develop cures.

"It is important to understand DNA at this level of detail because we want to understand precisely how genes turn on and off," Karissa Sanbonmatsu, a structural biologist at Los Alamos National Laboratory, said in a news release. "Knowing how this happens could unlock the secrets to how many diseases occur."

To better understand how DNA turns different genes on and off, scientists need to figure out how DNA strands expand and contract.

If you stretched out all the DNA strands in the cells of a human body, it would cover nearly half the diameter of the solar system. Researchers have begun to unravel exactly how two  meters of DNA strands fold up to fit in the nucleus of a cell, but scientists are still working to figure out how the DNA moves and untangles itself in order to express and replicate itself.

When DNA expands, genes turn on. Contraction turns genes off. But how exactly this expansion and contraction happens remains poorly understood.

Authors of the latest study hope their new model and the power of the Los Alamos' Trinity supercomputer can begin to help scientists solve the mysteries of genetic expression, or epigenetics.

RELATED Bacteria in the human body are sharing genes, even across tissue boundaries

In most human cells, there are 6 billion base pairs of DNA, and the human genome boasts between 20,000 and 25,000 genes. The new computer model simulates just one gene. But scientists had to start somewhere.

As computer technology improves, scientists expect to scale up their models and produce more and more complex DNA simulations. 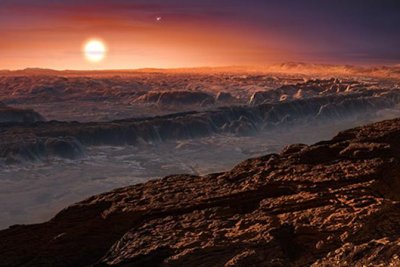