"This is further evidence that the Younger Dryas climatic onset is an extreme global event, with major consequences on the animal life and the human life at the time," researcher James Kennett said. 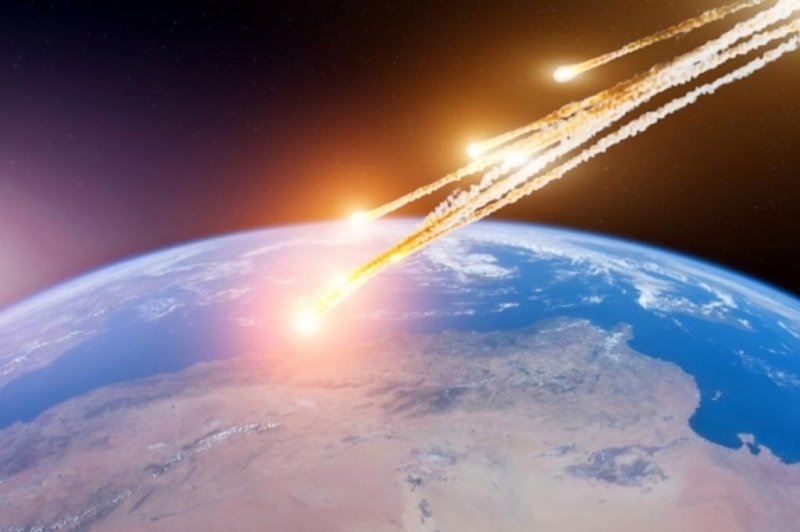 According to a new study, a combination geologic, paleontological and archaeological evidence suggests comet fragments triggered climate change, massive wildfires and megafauna extinctions in Souther America some 12,800 years ago. Photo by UCSB

March 13 (UPI) -- Scientists have uncovered new evidence that a cosmic impact sparked wildfires and triggered a period of global climate change at the end of the Pleistocene epoch some 13,000 years ago.

Previously, researchers had only found evidence of the period of climatic change known as the Younger Dryas, or YDB, in the Northern Hemisphere. New findings, however, suggest the Southern Hemisphere also experienced a sudden climatic shift -- and much more.

"We have identified the YDB layer at high latitudes in the Southern Hemisphere at near 41 degrees south, close to the tip of South America," James Kennett, geology professor emeritus at the University of California, Santa Barbara, said in a news release.

Kennett is a proponent of the Younger Dryas Boundary Impact Hypothesis, which posits a series of comet fragments collided with Earth 13,000 years ago, triggering the cooling that snuffed out Northern Hemisphere's megafauna species.

The new evidence suggests the impact event affected the Southern Hemisphere too. Evidence of climate-changing cosmic impact was first identified by Chilean archaeologists. While digging at Pilauco Bajo, a paleontological and archaeological site in Southern Chile, a team of researchers found a "black mat" layer similar to those identified at YDB sites in North America and Europe.

Scientists determined the layer was 12,800 years old and that it coincided with the disappearance of South American Pleistocene megafauna fossils and human artifacts from the fossil record, as well as a sudden shift in vegetation.

"Because the sequencing of these events looked like what had already been described in the YDB papers for North America and Western Europe, the group decided to run analyses of impact-related proxies in search of the YDB layer," Kennett said.

The analysis revealed microscopic spherules, glassy beads, that scientists estimated were caused by the extreme temperatures generated by a cosmic impact. Within the same layer that researchers identified spherules, tests revealed elevated levels of platinum and gold, as well as native iron -- all of which rarely occur naturally.

"Among the most important spherules are those that are chromium-rich," Kennett said.

"It turns out that volcanic rocks in the southern Andes can be rich in chromium, and these rocks provided a local source for this chromium," Kennett said. "Thus, the cometary objects must have hit South America as well."

Kennet and his research partners in South America were able to link the unique Pilauco Bajo layer with previously documented evidence of a large biomass burning event in Southern Chile.

"It's by far the biggest burn event in this region we see in the record that spans thousands of years," Kennet said.

Analysis of the region's ancient vegetation suggests South America experienced a rapid climatic change. Before the impact, conditions at Pilauco were cold and wet. Plant assemblages dated to the period just after the YDB layer suggest the region quickly became hot and dry.

Climate change triggered by the impact event shifted the atmospheric zonal climatic belts, bringing cooler climes to the Northern Hemisphere and warmer temperatures the southern half of the globe.

According to the authors of the new study -- published this week in the journal Scientific Reports -- the climatic shift, combined with catastrophic wildfires, explain why giant ground sloths, sabertooth cats, mammoths and elephant-like gomphotheres all went extinct around 12,800 years ago.

"This is further evidence that the Younger Dryas climatic onset is an extreme global event, with major consequences on the animal life and the human life at the time," Kennett said. "And this Pilauco section is consistent with that."

Some researchers remain critical of the Younger Dryas Boundary Impact Hypothesis, contending that the climatic change measured in the geochemical record is of terrestrial origins. In 2016, scientists published a study suggesting proponents of a cosmic impact hypothesis had misidentified polycrystalline aggregates of graphene and graphane, mistaking them for beads of a rare form of diamond, lonsdaleite -- the kind only forged by extreme temperatures.

"The idea of a Younger Dryas impact was an interesting one that has drawn much attention; however, increasingly methodological research over the past few years has failed to corroborate that story," Andrew Scott, researcher at the Royal Holloway University of London, said in 2016. "Our research has shown that many of the markers for such an event have been misinterpreted or misidentified."

The newest research adds to the evidence that the scope of the Younger Dryas changes were global, but debate on their causes may continue.