"This is the first time anyone has shown definitive earthquake signals with such a method," researcher Masaya Kimura said.

Scientists at the University of Tokyo's Earthquake Research Institute were inspired by a recent Italian research paper suggesting earthquakes could be detected using gravimeters.

"This got me thinking," Shingo Watada, an associate professor at ERI, said in a news release. "If we have enough seismic and gravitational data from the time and place a big earthquake hit, we could learn to detect earthquakes with gravimeters as well as seismometers. This could be an important tool for future research of seismic phenomena."

Watada and his colleagues were able to locate early earthquake signals among the massive amounts of seismic and gravitational data produced by the March 11, 2011, Tohoku earthquake that devastated eastern Japan.

Most earthquakes are detected using seismometers, which measure the waves of energy that propagate through the earth when tectonic plates move and fault lines slip. The violent vibrations unleashed by a large fault slip can alter the densities of the surrounding layers of earth.

Density changes alter the gravitational field, and because gravity travels at the speed of light, gravimeters can register a potential earthquake-triggering fault slip before seismic waves reach a nearby seismometer.

Scientists used data from seismometers and superconducting gravimeters, or SGs, to confirm the reliability of an earthquake's early gravitational signals.

"This is the first time anyone has shown definitive earthquake signals with such a method. Others have investigated the idea, yet not found reliable signals," said ERI postgraduate Masaya Kimura. "Our approach is unique as we examined a broader range of sensors active during the 2011 earthquake. And we used special processing methods to isolate quiet gravitational signals from the noisy data."

Because the sensors in SGs move along with the device, they're not as sensitive as they could be. Researchers are working on a new type of gravimeter outfitted with a torsion bar antenna. Scientists hope the TOBA gravimeter will be able to detect the subtle gravitational signatures of fault slips with greater reliability.

"[TOBA] senses changes in gravity gradient despite motion," said Nobuki Kame, an associate professor at ERI. "It was originally designed to detect gravitational waves from the big bang, like earthquakes in space, but our purpose is more down-to-earth."

Researchers hope the new technology -- described this week in the journal Earth, Planets and Space -- will be used to develop an improved worldwide earthquake detection and warning system.

Science News // 9 minutes ago
See the rings of Saturn during annual astronomical phenomenon
August is the perfect month to dust off the telescope and point it to the cosmos as one of the biggest planets in the solar system shines brighter than any other time of the year.

Science News // 19 hours ago
Without genetic variation, asexual invasive species find other ways to adapt
July 30 (UPI) -- Invasive all-female weevils pass along epigenetic changes to their offspring, helping them adapt to new environs, according to a new study.

Science News // 20 hours ago
Study: Understanding negative vaccine view of skeptics could get more people vaccinated
July 30 (UPI) -- Survey data collected at an anti-vaccine conference in Poland suggests most vaccine skeptics and antagonists are motivated by a generalized negative attitude to vaccines, not direct experience. 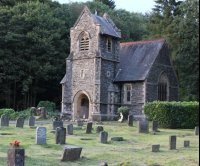 Science News // 2 days ago
High-stakes Boeing capsule launch postponed due to mishap at space station
ORLANDO, Fla., July 29 (UPI) -- Boeing and NASA postponed the launch the company's Starliner space capsule to the International Space Station on Friday after a mishap at the orbital laboratory on Thursday.