Wildfires could get smaller in the future, new models predict

Researchers found that a previous fire is only protective for about 10 years because of enough vegetation can regrow in that time to carry another fire. File Photo by Vassilis Psomas/EPA-EFE

Feb. 26 (UPI) -- According to new wildfire models, climate change's influence on fire and vegetation could result in slightly smaller fires in the future.

Climate change effects vegetation and wildfire patterns, and changing wildfire behavior influences vegetation and climate. To better understand the relationship between these phenomena, scientists examined climate and wildfire interactions in the Sierra Nevada Mountains over the last decade.

While the researchers found that future wildfires could be smaller, they said the effects of climate change and previous fires had less of an effect on the size and frequency of future fires than expected.

Most previous wildfire studies have focused only on the effects of rising temperatures and prolonged droughts on the size of wildfires. But fire requires fuel, and vegetation -- wildfire's fuel -- is both directly and indirectly influenced by fire and climate change.

Interactions between fire, vegetation and climate aren't well understood. When researchers at the University of New Mexico accounted for these interactions, they found the size of Sierra Nevada wildfires is likely to shrink as the impacts of fire and climate reduce the availability of flammable vegetation.

"Using an ecosystem model, that included photosynthesis and respiration, we were able to capture how the vegetation would respond to climate and area burned during each decade," Matthew Hurteau, biologist at the University of New Mexico, said in a news release. "We used the ecosystem model output from each decade and a statistical model that accounted for the effects of prior area burned and climate to re-estimate fire size distributions for the subsequent decade and capture the effects of previous wildfires."

RELATED Yellowstone's forests could be grassland in just a few decades

Scientists predicted their models would simulate smaller future fires, but the influence of fuel flammability and availability on fire size wasn't as great as they expected.

"We discovered that compared to the static scenarios, where climate is the only influence on area burned, accounting for the interaction of prior fires and climate on fuel availability and flammability moderates only reduces the cumulative area burned in the Sierra Nevada by about 7.5 percent over the course of this century," said Hurteau. "This is much lower than we anticipated because enough vegetation was able to recover following a fire that a burned area would be able to support a subsequent fire pretty quickly."

Researchers used the new models -- detailed this week in the journal Scientific Reports -- to predict how changing vegetation and wildfire patterns will influence future fire-caused emissions.

"This study revealed that wildfire activity is impacted not only by climate, but also by vegetation and prior fires," said Christine Wiedinmyer, an atmospheric chemist at the University of Colorado. "When you include all of these components in predictions of wildfire -- it can change our predictions of the air pollutants from wildfires. This is important because that information can help air quality managers know what to expect and how to plan for it." 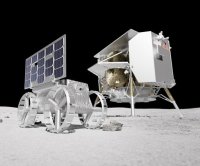