About 11 percent of leopards globally are black, but are very rare in Africa.

Scientists think the new black panther photos are the first evidence of the elusive cat captured by remote camera technology. Photo by Will Burrard-Lucas/San Diego Zoo/Twitter

Feb. 13 (UPI) -- Biologists have documented a black panther stalking the forests of Kenya -- a rarity.

The black panther is the melanistic color variant of any of the big cat species. In Asia and Africa, black panthers are leopards, Panthera pardus. Among leopards, an all black coat is caused by a recessive allele, which means the trait must be inherited from both of the cat's parents.

Last year, scientists working with the San Diego Zoo and Camtraptions set up camera traps throughout the bushlands of Kenya's Loisaba Conservancy. It didn't take long for the cameras to capture footage of the extremely rare melanistic panther.

Researchers with the Louisaba Conservancy confirmed the discovery in a blog update.

"We are very excited to hear that these camera traps have captured rare footage of melanistic leopards, otherwise known as black panthers," the conservation group announced.

The juvenile female was spotted traveling through the bushlands with an older, normally colored leopard. Biologists think her companion is her mother.

Researchers didn't originally set up the cameras to find a black panther. Scientists wanted to better understand the dynamics of the leopard population in Loisaba, as well as the different causes of human-wildlife conflict.

Documenting the black panther was an added bonus. Scientists described the rare photos in a paper published in the African Journal of Ecology.

The first picture I managed to capture of the African black leopard... #Camtraptions #cameratrap #blackpanther

"Regionally we've heard reports of black leopards living here in Kenya, but high-quality footage or imagery to support these observations has always been missing," Nicholas Pilfold, San Diego Zoo Global scientist, said in a news release. "That's what we've provided here with our cameras, and now we're able to confirm what has been long suspected about black leopards living in Laikipia County."

Pilfold initially claimed the photographs are the first to document a black panther in a century, but researchers at the Ol Ari Nyiro Conservancy uncovered photographs of a separate black panther taken in 2007.

"I do however believe that they are the first high-quality camera trap photographs," Will Burrard-Lucas, wildlife photographer and founder of Camtraptions, wrote in a blog update. 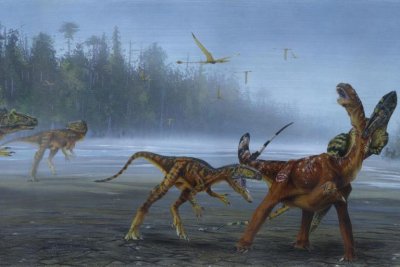