Citizen scientists, radar systems count 2B birds migrating across the Gulf of Mexico

"Until now, we could only guess at the overall numbers from surveys done along small portions of the shoreline," said researcher Kyle Horton.

Cranes are one of many birds that cross the Gulf each spring. Photo by the National Park Service

Jan. 9 (UPI) -- According to a new study that combined the observations of citizen scientists and weather radar stations, some 2 billion birds cross the Gulf of Mexico during the spring migration season.

"We looked at data from thousands of eBird observers and 11 weather radar stations along the Gulf Coast from 1995 to 2015," Kyle Horton, a postdoctoral fellow at the Cornell Lab of Ornithology, said in a news release. "We calculated that an average of 2.1 billion birds crosses the entire length the Gulf Coast each spring as they head north to their breeding grounds. Until now, we could only guess at the overall numbers from surveys done along small portions of the shoreline."

The analysis -- published this week in the journal Global Change Biology -- showed the timing of the spring migration along the 1,680-mile Gulf coastline has remained stable over the last 20 years. Each year, the busiest period occurs between April 19 and May 7, with more than a billion birds crossing the Gulf.

Birds don't follow the coastline exactly. Along the coast, scientists identified several hotspots of migration activity, with the busiest section of the coastline located along West Texas' shorelines.

"That region had 5.4 times the number of migrants detected compared with the central and eastern Gulf Coast from Louisiana to Florida," Horton said.

An improved understanding of migration patterns can help conservationists and policy makers better protect birds by turning off lights and wind turbines.

Though the busiest portion of the spring migration has remained stable, the research showed the beginning of the migration season is starting 1.5 days earlier each year, echoing the findings of previous studies showing global warming is affecting when birds move north and south.

"If birds aren't changing their migration timing fast enough to match the timing for plants and insects, that's alarming," Horton said. "They may miss out on abundant resources on their breeding grounds and have less reproductive success." 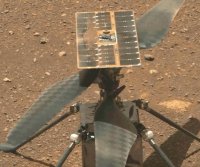