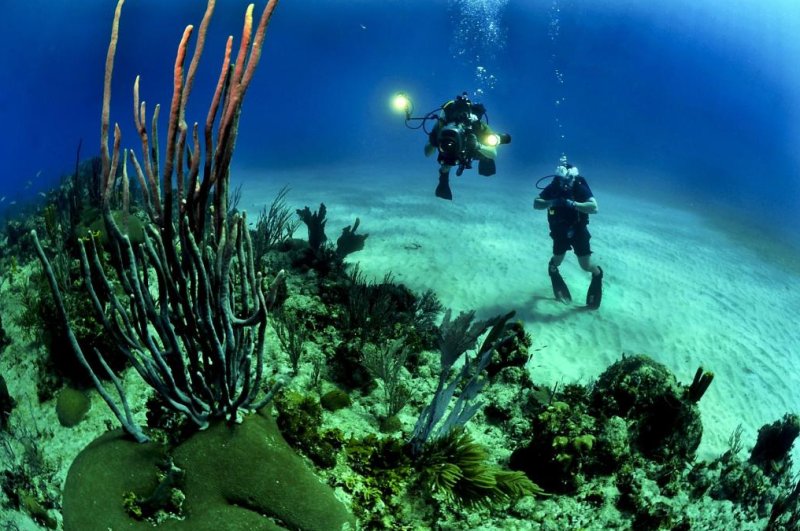 Researchers in Australia recently discovered surprising levels of coral diversity among reefs lying between 100 and 150 feet beneath the ocean surface. Photo by CC/Wikimedia Commons

According to the new research, published this week in the journal Proceedings of the Royal Society B, roughly half of the coral species living in the Great Barrier Reef can be found among deep reefs.

Deeper reefs are better protected from bleaching events and sea surface heat waves, and the latest findings suggest the habitats could serve as an important sanctuary for species threatened by global warming.

Almost all coral lineages were found living among deep reefs, which suggests the habitats can also help conserve coral diversity.

Researchers with the Queensland Museum led expeditions of dozens of deep reefs, focusing primarily on corals living between 100 and 150 feet below the ocean surface.

As a recent report warned, the planet's corals face a variety of environmental threats, and current efforts to protect them remain insufficient.

But some coral reefs are likely to fare better than others, and scientists continue to find surprising levels of coral diversity among deep reefs. Earlier this year, scientists discovered a massive reef of the coast of South Carolina.

The deep Atlantic reef stretches more than 85 miles in length and was found nearly 2,000 feet beneath the surface of the ocean.

"Deeper reef areas are clearly more diverse than previously acknowledged and therefore deserve full consideration in our efforts to protect the world's coral reef biodiversity," researchers wrote in their new report on deep corals among the Great Barrier Reef.

Science News // 3 hours ago
NASA delays spacewalk to replace antenna at ISS due to debris danger
ORLANDO, Fla., Nov. 30 (UPI) -- NASA delayed a spacewalk that was scheduled to occur Tuesday morning -- to replace broken hardware outside the International Space Station -- due to a warning about possible dangerous debris.

Science News // 3 hours ago
Planets to align in December before 2021's best meteor shower
The final month of the year also features the longest nights of the year, and the extra hours of darkness will have astronomical events that people of all ages can enjoy without a telescope.

Science News // 19 hours ago
430-foot asteroid expected to swipe past Earth on Monday
Nov. 29 (UPI) -- An asteroid that measures the same size as the height of the Great Pyramid of Giza, is expected to pass by Earth on Monday afternoon, according to NASA.

Science News // 22 hours ago
Space dust study could explain how water originated on Earth
Nov. 29 (UPI) -- A new analysis of space dust shows that the water covering the majority of Earth's surface could have formed in space with help from solar wind.