"We have made significant progress in understanding how catnip makes nepetalactones, the chemicals that sends cats crazy," study author Benjamin Lichman said.

In a new study, scientists detailed the complex chemical reactions responsible for the production of terpene, the chemical in catnip that makes cats go crazy. Photo by John Innes Center

Dec. 11 (UPI) -- Catnip produces terpene, a chemical that triggers a state of ecstasy called nepetalactone. But until now, scientists weren't sure how catnip produces the intoxicating compound.

According to a new study, terpene is the produced by an unusual chain of chemical reactions.

In peppermint, terpenes are synthesized by a single enzyme, but in catnip, terpene production is a two-step process. The first enzyme yields a precursor compound. The first compound is received by a second enzyme and transformed into terpene.

The new research -- published this week in the journal Nature Chemical Biology -- is the first time the two-step production process has been observed.

RELATED Cats may not be that good at catching rats, new study reveals

An improved understanding of the production process could help scientists more efficiently synthesize other nepetalactone compounds in the lab, chemicals that could be used to create new drugs.

"We have made significant progress in understanding how catnip makes nepetalactones, the chemicals that sends cats crazy," study author Benjamin Lichman said in a news release. "Catnip is performing unusual and unique chemical processes, and we plan to use these to help us create useful compounds that can be used in treatment of diseases such as cancer."

Lichman conducted the research while working as a post-doctoral researcher at John Innes Center but is now lecturer at the University of York.

Researchers also want to better understand how and why catnip evolved the unique two-step production process to synthesize terpene.

"Nepetalactones have potential use in agriculture as they participate in certain plant-insect interactions. In future work we will explore the roles that these compounds have in plants," said Sarah O'Connor, project leader at the John Innes Center. 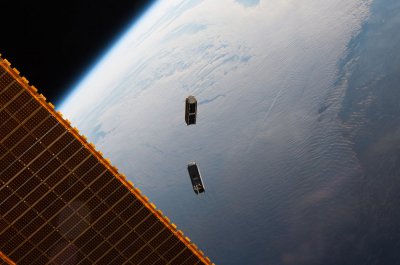