"The bottom line is that some climate change effects could be negative for migratory birds, and some might even be positive," said researcher Frank La Sorte. 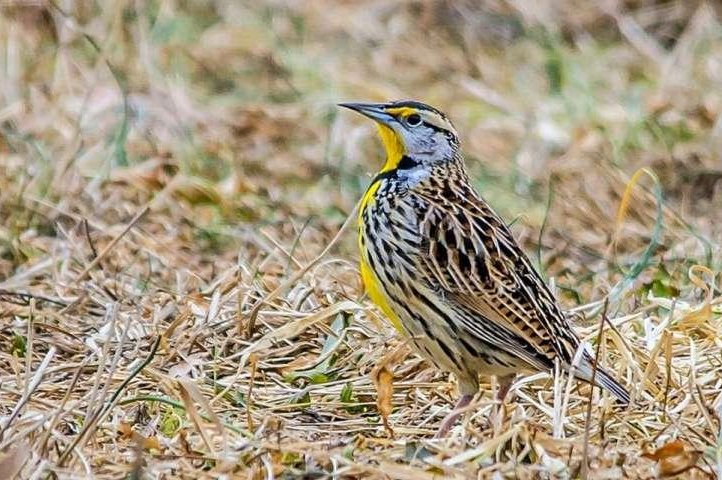 The Eastern meadowlark is one of several migratory birds that could be impacted by shifting wind patterns as the climate warms. Photo by Laura Frazier/Cornell Lab of Ornithology

Scientists at the Cornell Lab of Ornithology used radar observations collected at 143 weather stations to measure the altitude, density and direction of birds migrating during spring and fall. The most up-to-date climate models allowed researchers to determine how global warming and its affect on wind patterns will impact birds on the move.

"We combined these data to estimate how wind assistance is expected to change during this century under global climate change," Frank La Sorte, a Cornell Lab of Ornithology scientist, said in a news release. "This matters for migratory birds because they use more energy flying into headwinds. But they get a nice boost from tailwinds so they can conserve energy during flight."

According to the new study, published this week in the journal Global Change Biology, the effects of global warming on wind patterns will be strongest in eastern and central portions of North America, so birds from the Northeast and the Great Lakes will have to flap their wings a bit harder on the trek south each autumn. The changes could put more vulnerable birds at risk.

"The thing to remember about these projected wind changes is that they will not occur in isolation," La Sorte said. "There will be other global change factors for birds to contend with, including changes in temperatures, rainfall, and land cover."

Because shifting wind patterns will happen gradually, birds may be able to adapt. Previous studies have shown migratory birds are capable of altering their migratory patterns to avoid difficult wind and weather conditions.

Still, the change is one more in a long list of challenges facing the migratory birds. Global warming is already altering the timing of the seasons, which can throw off the timing of predators and their prey.

"The bottom line is that some climate change effects could be negative for migratory birds, and some might even be positive, at least during a specific phase of their migration," said La Sorte. "There's an awful lot of uncertainty because both climate and migration are complex systems that can intersect in many different ways."