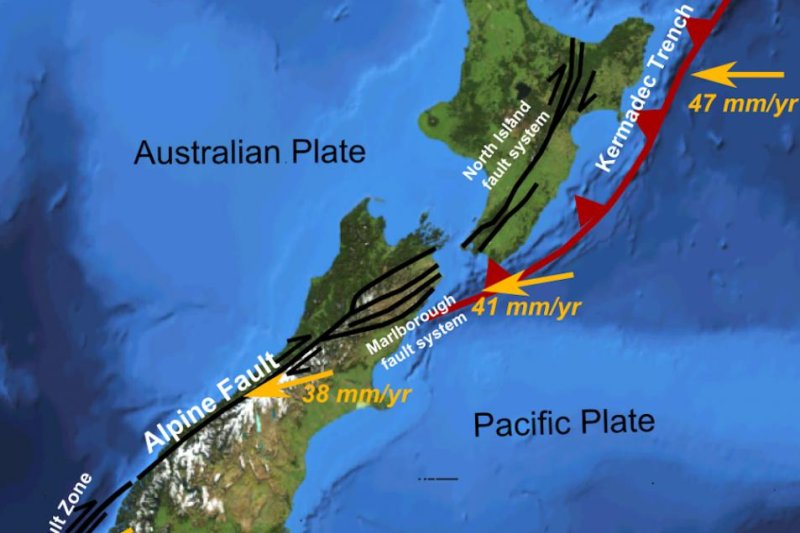 One problem is simply a matter of time and resources.

"It is impractical to characterize every fault -- there are just too many and some are not visible at the surface," Lamb said.

RELATED Images of Earth's crust explain why Mount St. Helens is out of line

The main problem, however, is that a fault's historic patterns may not have all that much to do with the risk of the next rupture. According to new analysis by Lamb and his colleagues, earthquakes are most often triggered by ruptures and earthquakes on other faults.

When Lamb and his fellow researchers analyzed the slow movement of New Zealand's surface geography-- using satellite imagery -- over the two decades preceding the 2016 Kaikōura earthquake, they found a correlation between smaller surface fault movement patterns and a larger underground fault line.

"We found that the measured ground motions were caused by slippage only on the single major fault separating the two tectonic plates that lie under New Zealand," Lamb said. "This large fault, called the megathrust, underlies much of New Zealand, and only reaches the surface offshore."

Deep beneath the surface, the megathrust moves rather freely. But closer to the surface, the fault line is locked in place. The combination of movement and static pressure puts tremendous elastic-like forces New Zealand's landmasses.

The stress patterns explain the 2016 Kaikōura earthquake, scientist claim in their new paper, published this week in the journal Nature Geoscience.

"The Kaikōura earthquake initiated a complex pattern of fault movement, essentially shattering the landscape, and causing a cascade of earthquakes on 20 or more faults," Lamb said. "The data we studied show a strong link between the pattern of shattering and locking of the underlying megathrust prior to the earthquake and the movement during the earthquake itself."

Lamb thinks modern earthquake forecasting models could be improved by better accounting for the stresses caused by the movement megathrusts.

"While we may not be able to predict the movement of individual faults, we can track the underlying cause of an earthquake and give an indication of where future shaking might occur by understanding and modeling the megathrust," he said.