"To maximize the role of the biosphere in mitigation, we must focus on and start with measurably raising rates of net carbon uptake on land," researchers wrote in their paper. 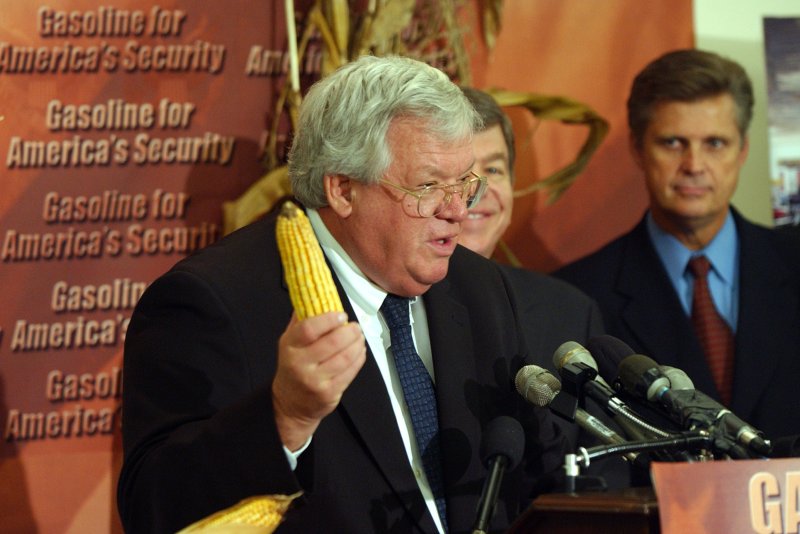 Sept. 28 (UPI) -- The chorus of biofuel critics is getting louder. In an opinion article published this week in the journal PNAS, a pair climate scientists argued continued support for biofuel production will make it more difficult to protect the climate.

John M. DeCicco, a research professor at the University of Michigan Energy Institute, and William H. Schlesinger, president emeritus of the Cary Institute of Ecosystem Studies, want to see more conservation of the planet's natural resources.

When burned, many low-carbon biofuels have a much smaller impact on the atmosphere than fossil fuels. But the development or conversion of land for the production of biofuel crops can negatively impact the environment.

"Current policies advancing bioenergy contribute to the pressure to convert natural land into harvested forest or cropland," DeCicco said in a news release. "But high quality land is a limited resource. For reducing atmospheric CO2, the most efficient use of ecologically productive land is to leave it alone, or reforest it. Let it act as a natural, long-term carbon sink."

In their paper, two researchers proposed a greater emphasis on the protection of the planet's natural carbon-absorbing resources.

"To maximize the role of the biosphere in mitigation, we must focus on and start with measurably raising rates of net carbon uptake on land -- rather than seeking to use biomass for energy," they wrote. "The most ecologically sound, economical and scalable ways to accomplish that task are by protecting and enhancing natural climate sinks."

The pair also called for more research to focus on "terrestrial carbon management." A growing number of studies have highlighted the surprising ways different types of landscapes cycle carbon. Some studies have suggested wild grasslands may be more efficient sequesters of carbon in the future.

DeCicco and Schlesinger aren't alone in their plea. Earlier this year, thousands of scientists signed a letter criticizing the European Union's decision to classify wood fuel as carbon neutral. The letter claimed the support of wood-based biofuel production would lead to new pressures on already vulnerable forests across the globe.

Science News // 9 hours ago
Miner unearths nearly complete mummified baby woolly mammoth in Canada
A young miner called for backup when his front-end loader unexpectedly struck something in the Canadian permafrost last week on the first day of summer in the Northern Hemisphere.

Science News // 5 days ago
Bipartisan group defends sequoia tree bill in California despite opposition
June 23 (UPI) -- A bipartisan trio of lawmakers defended the "Save Our Sequoias Act" on Thursday despite more than 80 environmental groups signing a letter to Congress opposing the act earlier this month.