"Changes in the Pacific Ocean may have a larger influence on the climate system than generally recognized," said Carnegie researcher Ken Caldeira. 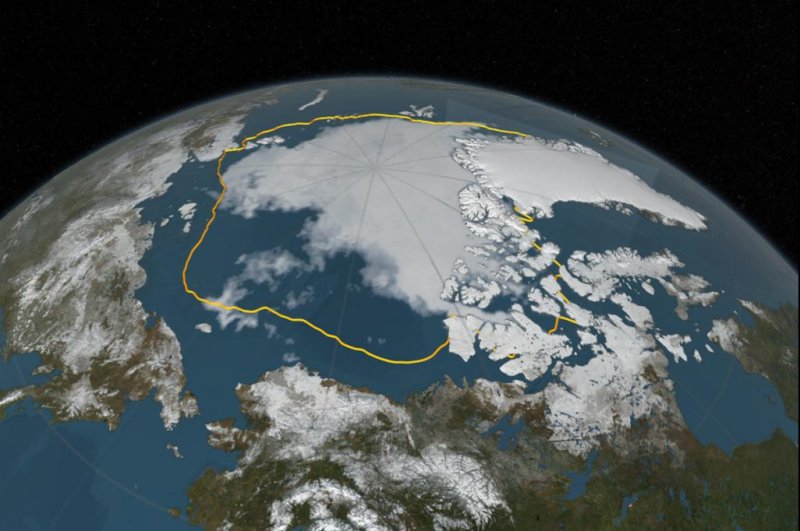 The movement of warm, moist air from the North Pacific to the Arctic is driving low-cloud formation and accelerating warming in the Arctic, new research suggests. Photo by NASA/Carnegie

Aug. 7 (UPI) -- New research suggests heat flow in the northern Pacific Ocean is having a greater impact on climate change in the Arctic than expected.

The Arctic is warming at accelerated rates and losing ice at a faster clip than predicted by models. The phenomenon is known as Arctic amplification.

Previous studies have detailed a variety of positive feedback mechanisms in the Arctic driving warming and melting, but until now, oceanic heat flow hasn't been well understood.

Records suggest each of the two episodes were correlated with accelerated warming in the mid-latitude North Pacific and North Atlantic oceans.

"Since there appeared to be coupling between abrupt Arctic temperature changes and sea surface temperature changes in both the North Atlantic and North Pacific in the past, we thought it was important to untangle how each region may affect the Arctic differently in order to provide insight into recent and future Arctic changes," Summer Praetorius, a former postdoctoral fellow at the Carnegie Institution for Science, said in a news release.

The models showed both warming and cooling trends in the North Pacific had a larger impact on Arctic temperatures than changes in the North Atlantic.

Scientists believe the North Pacific's influence is driven by the movement of moist, warm air, which seeds low-lying clouds, trapping warm air closer to the surface in the Arctic. The phenomenon likely amplifies other ice-melting, air-warming positive feedback mechanisms.

Researchers detailed their work this week in the journal Nature Communications.

"While this is a highly idealized study, our results suggest that changes in the Pacific Ocean may have a larger influence on the climate system than generally recognized," said Carnegie researcher Ken Caldeira.

Science News // 19 hours ago
Forecast predicts global increase in coastal overtopping
June 18 (UPI) -- Coastal overtopping is expected to accelerate during the coming decades, exposing more of Earth's coastline to the risk of flooding.