Higgs boson observed decaying into pairs of b quarks 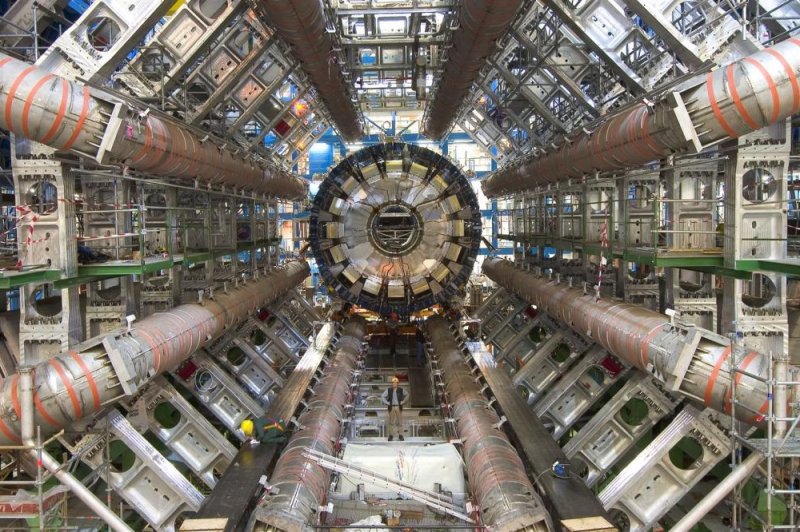 July 10 (UPI) -- Physicists have observed the Higgs boson decaying into a pair of b quarks, confirming the predictions of the Standard Model of particle physics.

The Higgs boson is an elementary particle essential to the Standard Model. It is associated with the Higgs field, an energy field that gives particles their mass.

Simulations suggest the Higgs boson should decay into a pair of b quarks roughly 60 percent of the time, but physicists have struggled to observe the decay.

Traditional methods for production of the Higgs boson yield b quarks, making it difficult to distinguish the production byproduct from decay. Scientists regularly witnessed the Higgs boson decaying into photons, tau-leptons, and W and Z bosons, but b quarks proved hard to see.

Physicists with ATLAS continually tweaked the production process to reduce the number of background interactions yielding b quarks.

After much experimenting, scientists were able to reduce the background noise enough to focus in on the b quarks produced by decay.

While the recent observations are in agreement with the Standard Model, the new method for honing in on only the particle collisions of interests will allow scientists to further probe particle physics theories.

"With these observations, a new era of detailed measurements in the Higgs sector opens up, through which the Standard Model will be further challenged," researchers wrote in a news release.

"Studies of this new decay will open a whole new window onto the Higgs, and may also provide hints of new physics beyond our current theories," scientists added.

Science News // 22 hours ago
High-stakes Boeing capsule launch postponed due to mishap at space station
ORLANDO, Fla., July 29 (UPI) -- Boeing and NASA postponed the launch the company's Starliner space capsule to the International Space Station on Friday after a mishap at the orbital laboratory on Thursday.