The clouds have always been there, scientists say. But as they get brighter, they're more likely to be seen from Earth's surface.

Noctilucent clouds are only seen during dawn and dusk, when the rising and setting sun illuminate the ice crystals from below. Photo by NASA

July 2 (UPI) -- As the climate warms, the atmosphere is capable of holding more moisture. The burning of fossil fuels also triggers the accumulation of water vapor into Earth's atmosphere, which, like CO2, is a greenhouse gas.

New research suggests these climate trends explain the brightening of night-shining clouds over the last century.

Noctilucent clouds form 50 miles above Earth's surface in the mesosphere. The clouds form as vapor freezes around dust particles from disintegrated meteors.

In the 1990s, scientists first suggested a link between the increasing visibility of night-shining clouds and climate change. The latest research, combining satellite observations and climate models, is the first to offer evidence of the correlation.

RELATED Increase in size, frequency of ocean storms a threat to global fisheries

Simulations showed an increase in global methane emissions has increased the amount of water vapor in the mesosphere, encouraging higher rates of ice formation, thus boosting the brightness of noctilucent clouds.

The clouds have always been there, scientists say. But as they get brighter, they're more likely to be seen from Earth's surface.

The clouds only form in the mid to high latitudes during the summertime, when mesospheric temperatures are low enough for ice formation. The clouds only appear during dawn and dusk, when the rising and falling sun illuminate the high-altitude clouds from below.

Computer models showed noctilucent cloud formation still fluctuates from decade to decade as a result of the solar cycle and other atmospheric changes, but across longer timespans, the simulations revealed global warming's impact on the clouds' growing visibility.

The results, published in the journal Geophysical Research Letters, were surprising.

The increase in atmospheric CO2 over the last 150 years has caused the warming of Earth's surface and lower atmosphere, but the greenhouse gas effect actually cools the middle layers of Earth's atmosphere, including the mesosphere.

"Keeping water vapor constant and making it just colder means that we would see less ice particles," Franz-Josef Lübken, an atmospheric scientist at the Leibniz Institute of Atmospheric Physics in Germany, said in a news release.

Simulations showed the rise in atmospheric methane explains rising water vapor concentrations in Earth's middle atmospheric layers. Methane produces water vapor as it reacts with other chemicals in the atmosphere.

As a result of the rise in mesospheric water vapor, night-shining clouds have gotten brighter over the last century. 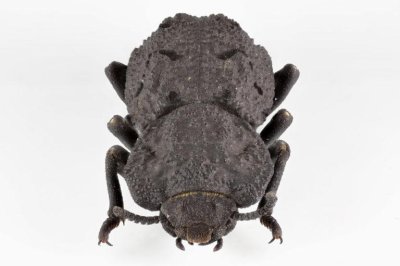