Scientists have discovered dunes on Pluto's surface, which are likely to have been formed by methane ice grains released into its atmosphere. The discovery suggests that the planet's surface is more geologically diverse and dynamic than scientists previously expected. Photo by NASA/JHUAPL/SwRI

June 1 (UPI) -- Scientists have discovered dunes on Pluto's surface, which are likely to have been formed of methane ice grains released into its atmosphere.

The discovery, outlined in a study published in the journal Science, suggests that Pluto's surface is more geologically diverse and dynamic than scientists previously expected. The role of its tenuous, low-pressure atmosphere in shaping the landscape is still unclear.

The images showed that on the boundary of the Sputnik Planitia ice plain, pushed up against a major mountain range, there is a series of dunes spreading across an area less than 46.6 miles.

RELATED Pluto may be giant comet made up of comets, study says

The scientists analyzed the space between the dunes and nearby wind streaks on the planet's surface, and also used spectral and numerical modelling. They believe that sublimation, which converts solid nitrogen directly into a gas, results in sand-sized grains of methane being released into the environment.

These grains are then transported by Pluto's moderate winds, which can reach between 18 and 25 miles per hour. The border of the ice plain and mountain range provides the perfect location for such regular surface formations to appear.

The scientists believe the features are likely to have been formed within the last 500,000 years, judging by their undisturbed morphology and their relationship to the underlying glacial ice. It's possible the dunes were formed even more recently.

Dr. Matt Telfer led the research. The researchers knew that every solar system body with an atmosphere and a solid rocky surface has dunes, but that they didn't know what they might find on Pluto, he said.

"It turns out that even though there is so little atmosphere, and the surface temperature is around -230˚C, we still get dunes forming," said Dr. Matt Telfer, who led the research team. "The New Horizons data has given us a new level of detail, but we had to work hard to explain how it was possible... It is another piece of the jigsaw in making sense of this diverse and remote body, and gives us a more fundamental understanding of the geological processes which are influencing it."

Science News // 57 minutes ago
Boeing will try again to reach space station with Starliner capsule
ORLANDO, Fla., July 29 (UPI) -- NASA's effort to commercialize space and Boeing's long-standing leadership role in aerospace are due for a major test Friday with the second orbital launch attempt for the company's Starliner space capsule from Florida.

Science News // 10 hours ago
Wastewater disposal method may limit earthquakes caused by fracking
July 28 (UPI) -- Oil and gas companies can prevent earthquakes by reducing the rate of wastewater injections, according to a new study. 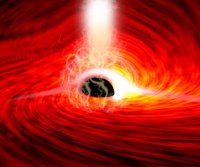 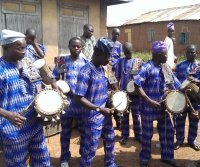