Plumes of ocean spray are emanating from Jupiter's moon Europa

Scientists have previously identified Europa as a prime target in the search for extraterrestrial life.

Scientists believe Jupiter's moon Europa is home to a subsurface ocean and that water plumes are ejected through tissues in the moon's icy surface. Photo by NASA/JPL-Caltech

Images captured by the Hubble Telescope have previously suggested the presence of ocean plumes ejected through tissues in the icy crust of Jupiter's moon. Some astronomers were skeptical of the Hubble results, however.

The newest proof was discovered among data collected by the Galileo mission in 1997 during a Europa flyby. Scientists detailed the new proof in a paper published Monday in the journal Nature Astronomy.

Scientists with the Cassini mission were able to identify water plumes protruding from Saturn's moon Enceladus by measuring perturbations in the magnetic fields surrounding the satellite. Molecules and atoms ejected in a watery plume quickly become ionized as solar winds knock out electrons.

RELATED It's never cloudy on this newly discovered exoplanet

When the plume's particles become electrically conductive, they alter the surrounding magnetic fields. These changes in the magnetic fields can be identified and linked with the presence of plumes.

After identifying Enceladus' plumes, Cassini was able to sample the vapors and detect its chemical composition, confirming their presence. Gravity maps confirmed the plumes originated from the moon's surface.

Based on data collected by the Cassini mission, scientists designed a model to predict the size and behavior of Europa's plumes. Then, scientists examined the Galileo flyby data for the magnetic field signatures predicted by their model.

"The results -- based on an observed deflection and decrease in the observed magnetic field over a distance of 1,000 km [620 miles] -- imply that there's a dense region of charged particles," study author Andrew Coates, an astrophysicist at the University College London, wrote in The Conversation. "This is very likely to be the result of a plume, making it the best direct evidence for such an occurrence yet."

Scientists have previously identified Europa as a prime target in the search for extraterrestrial life, suggesting the moon's ocean could host communities of microbes. Until now, scientists thought a probe would need to land on the icy moon to investigate, but the latest research suggests the plumes could be sampled by an orbiter.

Both NASA and the European Space Agency have missions to Jupiter and Europa planned. ESA's JUICE mission, set to launch in 2022 and deliver a probe to Jupiter by 2030, has two Europa flybys planned. NASA's Europa Clipper, scheduled to launch between 2022 and 2025, will execute a few dozen Europa flybys. 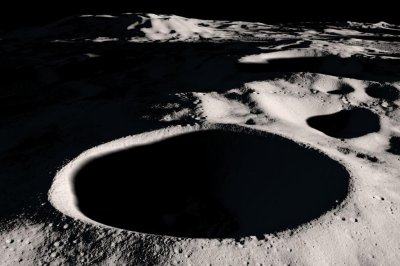 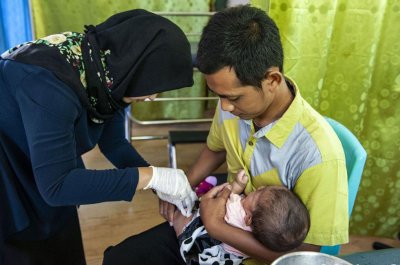