While the pair of CubeSats have been tailored specifically for the journey to Mars, NASA scientists say their success on the mission could help determine other deep-space missions fit for them. 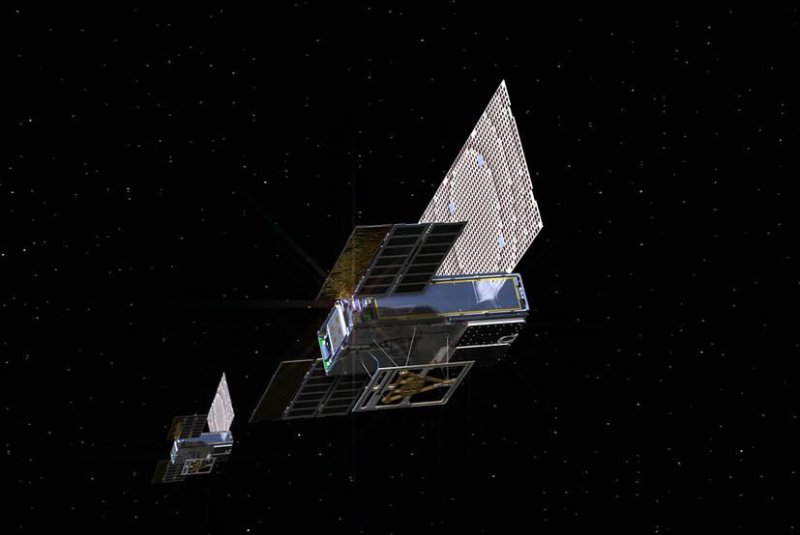 May 7 (UPI) -- The first messages from NASA's Mars Cube One, MarCO, have been received by the space agency. The two CubeSats, the first to be sent on a deep-space mission, beamed back radio signals to confirm all is well.

Like the InSight lander, the two craft are headed to Mars. Both were carried into space by a United Launch Alliance rocket on Saturday morning.

"Both MarCO-A and B say 'Polo!' It's a sign that the little sats are alive and well," Andy Klesh, lead engineer for the MarCO mission at NASA's Jet Propulsion Laboratory, said in a news release.

Insight is headed to Mars to study the Red Planet's formation and evolution. Mars Cube One is following close behind, testing new miniature satellite communications technologies along the way.

If all goes as planned, in November, the two mini satellites will provide valuable observations of InSight's entry, descent and landing on Mars.

Once on the Red Planet, InSight will relay messages back to Earth with the help of NASA's Mars Reconnaissance Orbiter. But if MarCO's technologies survive the trip to deep-space, it could usher in a new wave of miniaturized space exploration.

"We're nervous but excited," said Joel Krajewski, MarCO's project manager. "A lot of work went into designing and testing these components so that they could survive the trip to Mars and relay data during InSight's landing. But our broader goal is to learn more about how to adapt CubeSat technologies for future deep-space missions."