InSight probe to survey Mars for secrets inside the planet

"The seismometer is so sensitive it can detect vibrations as small as a hydrogen atom," NASA scientist Elizabeth Barrett told UPI.

May 4 (UPI) -- As NASA's Insight probe begins its trip to Mars on Saturday, the spacecraft is tasked with studying Mars' insides. But the probe's observations could offer insights into the formation and evolution of all rocky planets, including Earth.

"As a smaller planet, Mars' interior convection has slowed dramatically or stopped entirely," Elizabeth Barrett, a planetary scientist at NASA's Jet Propulsion Laboratory, told UPI this week. "Thus, Mars' frozen interior preserves a snapshot of the past of the core, mantle and crust."

Barrett is coordinating surface operations for the mission's science and instrument teams.

"By studying Mars we can learn about the formation of Earth itself," she said. "Eventually Earth's convection will slow, so the InSight mission can help us predict what the future for Earth's interior looks like."

NASA's newest Mars lander will study the Red Planet's insides using two main instruments. The craft's seismometer will be deployed shortly after landing -- the first seismometer to be placed directly on the surface of Mars. For two years, InSight will stay perfectly still while the domed instrument listens to the seismic waves traveling through Mars.

"The seismometer is so sensitive it can detect vibrations as small as a hydrogen atom," Barrett said.

Mars no longer hosts tectonic or volcanic activity, but it is still cooling and shrinking, a process scientist believe causes quakes. In addition to marsquakes, Insight's SEIS instrument will listen for the seismic reverberations triggered by meteorite impacts.

The patterns of different seismic waves can reveal details about Mars' insides. Scientists hope these patterns will help them better understand Mars' inner structures and composition, as well as offer insights into the Red Planet's origins and evolution.

Because the seismometer is so sensitive, scientists installed a weather station of sorts on the Insight lander. The bevy of weather instruments will help scientists properly calibrate the SEIS sensors -- pressure and temperature effect seismic readings -- and filter out the noise created by wind and other outside vibrations.

The lander's second instrument, a heat probe, will be hammered into Mars' crust. Measuring almost 16 feet, the probe will help scientists track the flow of heat through Mars' interior.

Combined with the seismometer's observations, the probe's data could help scientists understand where Mars sits on the evolutionary timeline of rocky planets.

Because Earth is bigger and hotter, its core heat still drives convection, powering tectonic and magmatic activity. Mars is smaller and cooler, and its convection is slowed or stopped. Thus, scientists will be looking backward in time when they study Mars' frozen innards.

The question is how far back?

"We're hoping measurements of how fast is heat being lost and how quickly Mars is shrinking can help us answer that," Barrett said.

The InSight mission combines a unique combination of scientific innovation and legacy technology. The spacecraft's body looks a lot like the Phoenix lander, which touched down on Mars in 2008. Though InSight is new, it features one piece of vintage hardware: the robotic arm that will deploy the domed seismometer and the ground-piercing heat probe.

In addition to being outfitted with next-generation instrumentation, InSight also features a larger solar array, updated electronics and better -- color, not black-and-white -- cameras.

InSight will also rely on legacy methodology, using a combination of a heat shield, parachute and thrusters to land safely on Mars, the same combination that has helped its predecessors execute smooth, safe landings.

Like the Mars landers that came before, including the Spirit and Opportunity rovers, InSight will be launched by a United Launch Alliance rocket. But unlike its predecessors, the spacecraft will blast off from the West Coast, California's Vandenberg Air Force Base. It's the first planetary mission to launch from the edge of the Pacific.

"During the original 2016 launch window, it was a very busy time in the schedule for ULA," Scott Messer, the ULA program manager for NASA missions, told UPI.

For planetary missions, NASA needs the orbits of Earth and its target to line up just right. For Mars missions, an ideal launch window happens only once every two years, so some flexibility is needed.

The launch pattern from the West Coast requires the rocket to burn a bit more fuel to deliver the craft on its proper trajectory. Luckily, InSight is a bit smaller than other landers, so ULA was able to use the four-meter Atlas V rocket, the 401 version, instead of the larger five-meter rocket.

"You get a lighter spacecraft and lighter vehicle, you can go faster and farther," Messer said.

The InSight mission will also mark the first time NASA sends miniature satellites called CubeSats on a planetary mission. Mars Cube One, a pair of toaster oven-size spacecraft, will follow the lander to Mars and use experimental communications technologies to relay data about InSight's descent.

As space exploration and satellite communications companies increasingly experiment with miniature craft, ULA is expanding its ability to accommodate a variety of payload configurations.

"We have a do-no-harm philosophy for secondary payloads," Messer said. "We have a process we go through to ensure they don't cause any problems for the primary spacecraft."

InSight is scheduled to blast off from Vandenberg at 4:05 a.m. PT Saturday (7:05 a.m. ET). The launch will be broadcast live on NASA TV and the Jet Propulsion Laboratory's live feed.

Science News // 10 hours ago
Puerto Rico's coquí is the Caribbean's oldest frog
April 8 (UPI) -- The discovery of a tiny arm bone suggests the coquí frog has been living in the forests of the Caribbean for at least 29 million years. 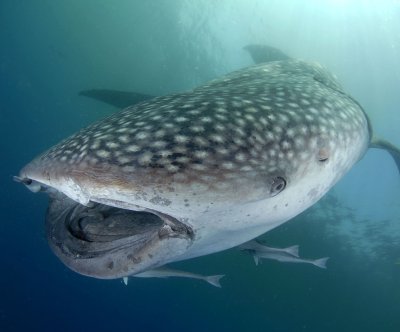 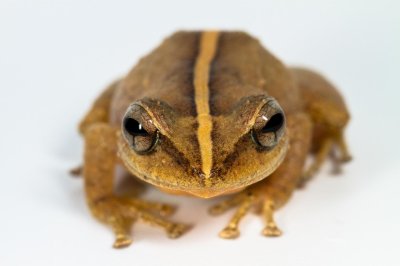