"It's probably happened in hundreds or almost certainly thousands of lineages all over the planet," researcher Kevin Omland said.

Scientists have found evidence of two distinct raven lineages combining to form one. Photo by John Marzluff/University of Washington

Until now, evolutionary biologists have mostly focused on the process of species divergence, or diversification, the branching process that makes the tree of life so complex. But the latest evidence -- published this week in the journal Nature Communications -- suggests hybridization and speciation reversal has an important evolutionary role to play, too.

"It's probably happened in hundreds or almost certainly thousands of lineages all over the planet," Kevin Omland, a professor of biological sciences at University of Maryland, Baltimore County, said of the phenomenon in a news release. "One of our biggest goals is to just have people aware of this process, so when they see interesting patterns in their data, they won't say, 'That must be a mistake,' or, 'That's too complicated to be correct.'"

The new study is the product of 20 years of research into the common raven's genomic diversity. When he first started studying common ravens, Omland expected to find evidence that the species was in fact two species.

The early genomic data suggested the species did indeed consist of two distinct lineages: a "California" lineage originating from the Southwestern United States, and a "Holarctic" lineage found in New England, Alaska, Northern Europe and Russia.

However, followup analysis of the California lineage's mitochondrial DNA showed the genomes are intermixed. Additional genomic analysis conducted in partnership with the University of Oslo confirmed the lineages are slowly combining.

Taken together, the genomic surveys suggest the two lineages first split between 1 million and 2 million years ago but have been recombining over the last few thousand years.

"The extensive genetic data reveals one of the best supported examples of speciation reversal of deeply diverged lineages to date," said Arild Johnsen, a professor of zoology and evolutionary biology at University of Oslo. "The biggest thing is the degree to which we've caught them in the act."

The lineages of modern humans are also mixed. The genomic signatures of other human species, the Neanderthals and Denisovans, can be found in the genetic code of modern humans.

"Because speciation reversal is a big part of our own history, getting a better understanding of how that happens should give us a better sense of who we are and where we came from," Omland said. "These are existential questions, but they are also medically relevant as well."

Omland and his colleagues are now working to determine whether human history impacted the speciation reversal of the common raven lineages.

Science News // 22 hours ago
Researchers develop 'robo-cane' that may improve navigation for the blind
The "white cane" that many blind people rely on for navigating the world hasn't been upgraded in a century, but researchers are reporting progress on a "robo-cane" they hope will modernize the assistive device. 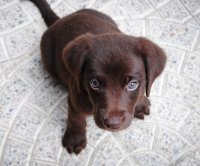