Some of the skulls found at the burial site in southern Sweden showed evidence of blunt force trauma. Photo by Sara Gummesson

Feb. 27 (UPI) -- Most of the grave sites laid by the hunter-gatherers of the Mesolithic suggest early humans maintained a respectful relationship with death. Mesolithic grave sites feature simple, dignified burials.

But a new discovery offers a more complicated picture of burial practices during the Mesolithic. Recently, researchers in Sweden uncovered an underwater burial site featuring skulls that appear to have been mounted on poles.

Archaeologists found the remains of several adults buried in what would have been a shallow lake bed at the time. The staked skulls recall the practice of skull-posting, a ritual used to scare off would-be enemies and attackers. But Mesolithic hunter-gatherers aren't known to have practiced any violent or gruesome funeral rituals.

"As far as we know there are no similar sites where human remains have been recovered in association to such a construction or with wooden stakes during the Mesolithic," Sara Gummesson, an archaeologist at the University of Stockholm, told UPI in an email.

Several of the specimens found at the burial site show signs of blunt force trauma, but none of the injuries appear to have been fatal, which adds to the strangeness of the discovery.

The discovery, detailed in the journal Antiquity, marks the first time such a Mesolithic burial has been linked with an instance of violence.

"Similar wounds have been reported in other Mesolithic populations, but not in the same frequency nor in similar context," Gummesson said.

Stranger still, detailed analysis of the remains revealed a gendered approach to violence. Researchers believe the men were hit on the front of the head, while the women were struck from behind.

The unusual grave site was unearthed near Kanaljorden, an archaeological site in southern Sweden. So far, the site has yielded 11 adults and one infant.

Scientists aren't sure what exactly happened in southern Sweden some 8,000 years ago, but the discovery suggests the Mesolithic was a dynamic time period.

"The find widens our understanding of Mesolithic burial practices which may aid future interpretations of burial sites," Gummesson said.

Science News // 4 hours ago
New technology turns trash into graphene
Jan. 28 (UPI) -- Food waste and plastic garbage can now be converted into graphene, thanks to a new processing technique developed by chemical engineers at Rice University. 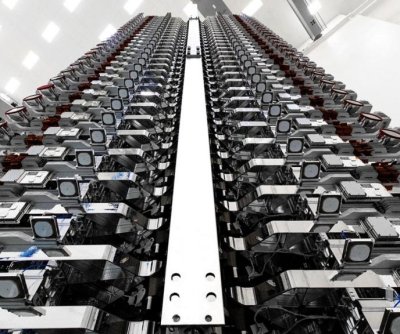