'Loneliest tree in the world' offers evidence of Anthropocene's beginning

Until now, scientists didn't have an agreed upon universal signal marking the Anthropocene epoch's beginning. 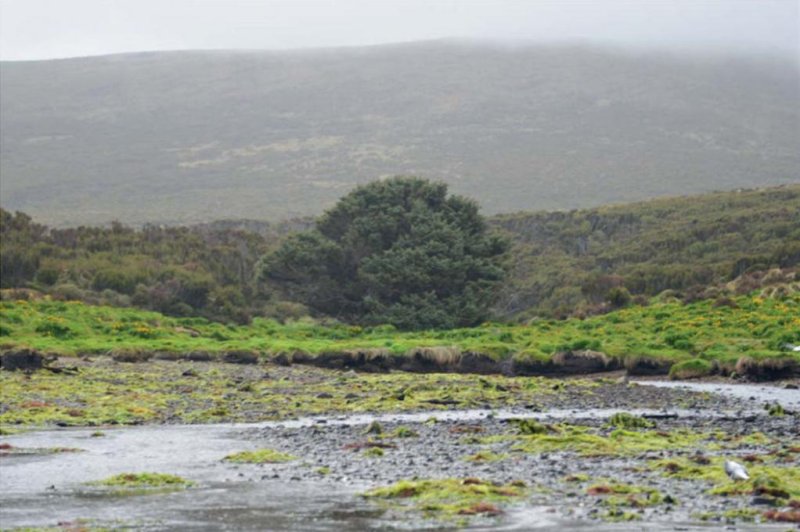 Feb. 19 (UPI) -- Scientists have discovered evidence of the beginning of the Anthropocene, the newest geological epoch. The evidence came in the form of a "golden spike" found in the heartwood of the "loneliest tree in the world."

Though scientists have shown that humans have been influencing the planet's ecosystems for thousands of years, many consider the sudden spike in radioactive carbon caused by the testing of nuclear weapons in 1950s and 1960s the mark of humanity's newly dominant role as chief driver of climatic change.

Now, scientists have found direct evidence of that golden spike in a lone tree, a Sitka spruce found on Campbell Island, which lies in the middle of the South Ocean. The spruce is called the loneliest tree in the world because the next nearest tree lies 125 miles away in the Aukland islands.

"The impact that humanity's nuclear weapons testing has had on the Earth's atmosphere provides a global signal that unambiguously demonstrates that humans have become the major agent of change on the planet," Christopher Fogwill, a professor of glaciology and palaeoclimatology at Keele University, said in a news release. "This is an important, yet worrying finding."

"The global atomic bomb signal, captured in the annual rings of this invasive tree species, represents a line in the sand, after which our collective actions have stamped an indelible mark, which will define this new geological epoch for generations to come," Fogwill said.

Researchers all over the world are largely in agreement that a new epoch has arrived, one marked by human's influence on the climate and environment -- evidenced by rising temperatures, shrinking ice sheets and the spread of manmade materials, like plastics, throughout the planet's ecosystems.

But until now, scientists didn't have an agreed upon universal signal marking the epoch's beginning -- a signal consistent and detectable throughout the geologic record.

The Sitka spruce is native to the West Coast of the United States. But in 1901, the governor of New Zealand planted the tree on Campbell Island. The 100-year-old tree has grown more than 32 feet tall, but it has yet to yield cones, remaining in a permanent juvenile state.

"It seems somehow apt that this extraordinary tree, planted far from its normal habitat by humans has also become a marker for the changes we have made to the planet, it is yet further evidence, if that was needed, that in this new epoch no part of our planet remains untouched by humans," said researcher Mark Maslin, from the University College London.

The researchers described the unique tree and its proof of the newest epoch in the journal Scientific Reports.

Science News // 22 hours ago
Study: Air pollution, other factors may influence baby gender in region
Dec. 2 (UPI) -- Air pollution may impact the gender of babies born in a given region, a study published Thursday by the journal PLOS Computational Biology found. 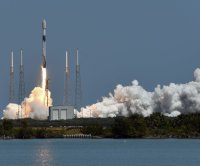