Scientists also found that 19 percent of children under age 10 had elevated lead levels. 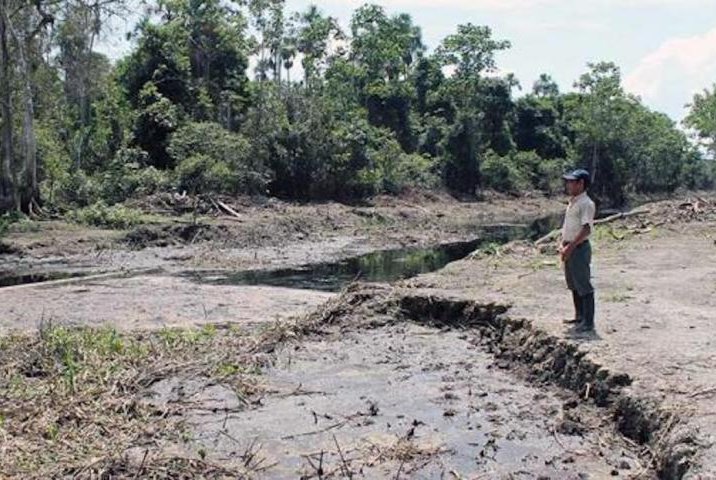 Researchers say more work needs to be done to identify and track the environmental risks faced by indigenous communities, like those living near the site of the Norperuano pipeline oil spills in Peru. Photo by Cristina O'Callaghan Gordo/ISGlobal

The findings -- published this week in the journal Environmental Health -- are only the latest to highlight the significant environmental hazards faced by already vulnerable communities.

The study was carried out by a team of researchers from the Barcelona Institute for Global Health, ISGlobal, in Spain, and the Peruvian National Center for Occupational Health and Environmental Health Protection. Scientists measured levels of mercury, cadmium, lead and arsenic in people living in San Pedro and Cuninico, two indigenous Kukama communities.

The two communities were impacted by a pair of large oil spills resulting from ruptures in the North Peruvian pipeline.

"In spite of the fact that many people in the area have been exposed to contamination caused by extractive activities, there are almost no studies assessing the effects of the contamination on the health of the people living close to the extraction zones, who are frequently exposed to oil spills," ISGlobal researcher Cristina O'Callaghan Gordo said in a news release.

Gordo and her research partners collected and tested blood and urine samples from 130 indigenous people. They found mercury levels were 50 percent greater than the threshold value considered to be safe. Children had even greater levels of mercury exposure.

Mercury contamination has been linked with neurological, psychological, renal, respiratory and cardiovascular problems.

Researchers found 17 percent of the population tested above the threshold for cadmium, a heavy metal linked with kidney damage and renal failure, as well as lung, prostate and kidney cancers.

Scientists also found that 19 percent of the children under the age of 10 had elevated lead levels -- levels large enough to be cause for concern. Studies have found links between lead exposure and neurological disorders and behavioral abnormalities.

Researchers suggests more work needs to be done to track the environmental hazards faced by indigenous communities and identify the sources of contamination and exposure.

"The oil spills may be the source of exposure to these metals, although other sources cannot be ruled out, particularly in the case of mercury, which is also associated with other common activities in the Peruvian Amazon, such as deforestation and gold mining," said Gordo.