Previous studies have shown higher CO2 concentrations can trigger fear, anxiety, panic and other avoidance behaviors in a variety of species.

Like humans, fish breath oxygen. When CO2 crowds out oxygen, the results can prove dire for fish. So it makes sense fish would want to avoid dense concentrations of carbon dioxide.

Previous studies have shown higher CO2 concentrations can trigger fear, anxiety, panic and other avoidance behaviors in a variety of species. But scientists at the Riken Brain Science Institute in Japan wanted to better understand the neural networks responsible for such reactions.

For their research, scientists chose to test zebrafish, a species that can easily be genetically engineered for specific traits. Zebrafish also boast transparent brains, making it easier to observe neural activity.

Scientists first noticed that zebrafish respond to CO2 much more slowly than they do when touched on the head. When tapped on the head, zebrafish dart away in less than 10 milliseconds. Their escape patterns are very consistent.

When encountering CO2, however, the zebrafish take four to five seconds to react and swim away. They also take a wider array of escape routes -- their response is less patterned. The discrepancy suggests two different neural responses are at work.

To identify the unique patterns, scientists genetically engineered zebrafish to express a protein that glows in the dark, or fluoresces, when it interacts with calcium. Calcium is key to the transmission of neuronal signals.

RELATED How and why does light affect sleep?

When scientists blocked different neural pathways in the zebrafish, they found that only the disruption of the trigeminal pathway, the pathway associated with facial pain, stopped the CO2 response.

"We were surprised to find that the terminal nerve acts as a carbon dioxide sensor in zebrafish," lead researcher Tetsuya Koide said in a news release. "Although it was identified as an additional cranial nerve in humans and other vertebrates more than a century ago, ours is the first to report its function in chemosensation."

The research was a published this week in the journal Cell Reports.

"As humans and other vertebrates also possess the terminal nerve system, we next hope to further characterize its chemosensory functions across different species, including humans," Koide said. 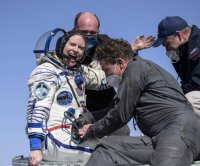 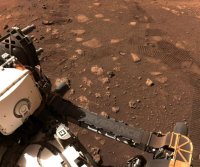