Space 2018: Missions and launches to look for in the new year

NASA's InSight probe, its newest Mars lander, is one of several missions slated to launch in 2018. Photo by NASA

Dec. 28 (UPI) -- For astronomers, astrophysicists, planetary scientists, space enthusiasts and others with an eye for the night sky, 2018 is expected to bring a variety of exciting developments.

With dozens of space missions and expeditions set to get under way in 2018, launch complexes around the globe will be busy. U.S. launch pads will be especially busy, as SpaceX looks to launch even more rockets than it did in 2017.

Below are eight exciting developments to watch for in 2018.

The world's most powerful rocket

RELATED NASA is planning the first interstellar mission, a trip to the Alpha Centauri system

After a record-breaking slate of launches in 2017, SpaceX is looking to kick 2018 off with a monumental blast. The aerospace outfit plans to take its Falcon Heavy rocket for an inaugural test flight in January.

The Falcon Heavy is essentially a trio of Falcon 9 cores bound together. The three rocket engines can generate 5 million pounds of thrust at liftoff -- equivalent to eighteen 747 aircraft.

"Falcon Heavy can lift more than twice the payload of the next closest operational vehicle, the Delta IV Heavy, at one-third the cost," the company claims on its website.

After passing a variety of tests in 2017, the rocket is finally ready for its maiden flight. Eventually, the Falcon Heavy will ferry crew and cargo between Earth and Mars.

A return to manned space flights in the U.S.

Astronauts last launched from U.S. soil in 2011. Since then, all trips to the space station have been made on Russian rockets launched from Kazakhstan. NASA hopes to return crewed launches to the United States in 2018 with the help of commercial space companies Boeing and SpaceX.

In 2017, both companies unveiled the space suits to be worn by their passengers. The companies also put their respective crafts through a litany of tests. But more tests and safety reviews remain, and it's possible manned U.S. launches could be delayed until 2019.

Going back to the moon

RELATED NASA's next Mars rover to improve on Curiosity

While NASA won't be conducting a lunar mission in 2018, SpaceX hopes to send a pair of tourists on a trip around the moon within the next year.

The space tourists will fly aboard the Dragon 2 capsule, which will be carried into space by the company's Falcon Heavy rocket. Earth's gravity will help slingshot the capsule toward the moon.

No humans have left low-Earth orbit since the Apollo 17 mission, the last moon landing, in 1972.

"Like the Apollo astronauts before them, these individuals will travel into space carrying the hopes and dreams of all humankind, driven by the universal human spirit of exploration," SpaceX said in a statement earlier this year.

It's likely more remarkable discoveries are on the way in 2018. Some of those discoveries are sure to be made with the help of TESS, NASA's newest planet hunter. The Transiting Exoplanet Survey Satellite is expected to launch in March. For two years, the satellite will look for planet-revealing dimming patterns in the emissions of 200,000 stars.

While Kepler has mostly looked for transit patterns on the faces of stars located several thousand light-years from Earth, TESS will focus its sights on stars just a few hundred light-years away.

China, Japan and India all have several significant space missions planned for 2018.

China's space agency is scheduled to attempt the first lunar sample return mission since 1976. The moon rock sampling spacecraft, Chang'e 5, is set to be carried into space by a Long March 5 rocket sometime in the new year. The moon lander will be the first to attempt to land on the dark side of the moon, where it will study the geography of a region scientists know relatively little about.

India is also going to the moon. The country's Chandrayaan 2 craft is scheduled for a March launch. The vehicle, which includes an orbiter, lander and rover, will be delivered into high-Earth orbit before traveling to the moon. Once released by the orbiter, the lander and rover will descend to the lunar surface. The vehicle's instruments are designed to study the lunar soil.

A trip to Mercury

The European Space Agency hopes to launch its BepiColombo spacecraft before the end of 2018. A late-year launch would begin the agency's seven-year mission to Mercury, the planet closest to the sun. The probe won't reach the planet until 2025, but it is likely to return some exciting new images of the inner solar system along the way.

Both JAXA and NASA are set to encounter their asteroid targets in 2018.

The probe will circle the asteroid for two years before attempting to collect samples. The 1,614-foot-wide space rock belongs to a collection of near-Earth asteroids known as the Apollo group. Scientists hope analysis of 101955 Bennu will offer insights into the nature of the early solar system.

JAXA's Hayabusa 2 craft is also headed for a rendezvous with an Apollo asteroid. The probe is scheduled to reach the asteroid Ryugu in June. It will return samples in 2020.

The Red Planet will soon be a little more crowded. In May, NASA will launch its InSight probe, the agency's newest Mars lander. The lander will reach Mars in November. Once landed, it will use an array of sophisticated geophysical instruments to study the interior of the Red Planet. Scientists hope the lander's observations will yield new insights into the planet's formation and geologic evolution.

NASA's Parker Solar Probe is expected to launch during the summer. The craft will fly closer to the sun than any space vehicle in history. The probe will complete 24 flybys over a seven-year span. Several approaches will bring the craft within 3.9 million miles of the solar surface. Using instruments protected by a solar shield made of reinforced carbon-carbon composite, the Parker Solar Probe will study the sun's electric and magnetic fields, as well as its unique electromagnetic phenomena. 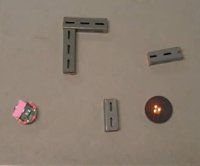 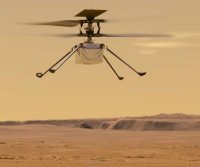