The abdomens of male peacock spiders offer a shiny rainbow coloration. To attract the attention of potential mates, the males gyrate their colorful behinds. Their mating dance is well studied, but now scientists have a better understanding of the surface structures that give the spider its unique colors.

An international team of scientists used a full range of imaging and analysis techniques to locate the structural secrets of the spider's seductive shimmer.

Each scale features an airfoil-like shape. The surface of the scales are textured by nanoscale diffraction grating. The pattern splits light into number light beams, each traveling in different directions, producing a mesmerizing coloration.

As researchers explained in a new release, the combination of the scales' textured pattern and shape "enables separation and isolation of light into its component wavelengths at finer angles and smaller distances than are possible with current man-made engineering technologies."

After sex, female jumping spiders get shy Graphene makes spider silk even stronger Trapdoor spiders sailed across Indian Ocean to get from Africa to Australia To avoid getting eaten, spiders walk like ants Tarantulas measure distance with their lateral eyes 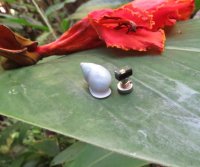 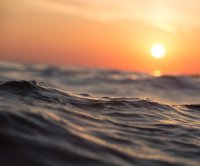 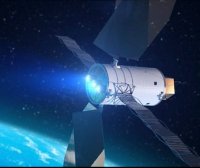