Researchers recovered genetic remains from a 40,000-year-old man in Tianyuan Cave near Beijing. Photo by Chinese Academy of Sciences

Now, yet another complex human history has been revealed by the genetic remains of a 40,000-year-old man from China. The man's DNA -- recovered from remains in Tianyuan Cave near Beijing -- was so well-preserved that it allowed scientists to sequence the full human genome.

Scientists have sequenced the genomes of ancient humans in Europe and Siberia, uncovering complex migrational histories. But the history of human movement throughout East Asia remains less understood.

Perhaps more surprisingly, researchers found significant genomic similarities between the Tianyuan man and GoyetQ116-1, an ancient human discovered in Belgium. The discovery suggest the two share ancestry from a sub-population living in Eurasia prior to the European-Asian separation.

The revelation confirms previous studies that suggested the migration of South Asian peoples -- including Melanesian Papuan and the Andamanese Onge -- to South America some 20,000 years ago featured lineages tracing back to mainland Asia. Now, scientists can confirm those lineages trace back 40,000 years.

"Our study of the Tianyuan individual highlights the complex migration and subdivision of early human populations in Eurasia," researchers with the Chinese Academy of Sciences wrote.

These migrations and subdivisions are only just now being highlighted by modern genomic science, and there are many more discoveries to be made.

"There are many unanswered questions about the past populations of Asia, and ancient DNA will be the key solving those questions," researchers concluded. 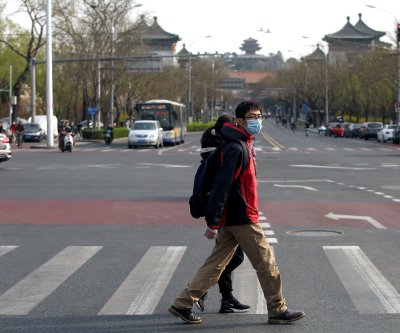 Science News // 1 day ago
Warmer weather may not curb COVID-19, study in China says
Both the U.S. National Academy of Sciences and a report out of China are dampening hopes that -- as happens with colds and the flu -- COVID-19 might begin to fade with hotter weather.

Science News // 1 day ago
Risk aversion helps ants avoid obstacles, predators
April 9 (UPI) -- Ants are adept navigators, but when ants find their typical route blocked by an obstacle or predator, they're able to adjust, according to a new study.