By the end of the Hesperian period, all of the Red Planet's water should have been locked up in ice form. But 3.5-million-year-old lake beds, like those found within Gale Crater, suggest otherwise.

Oct. 3 (UPI) -- Frequent belches of methane could explain how a younger Mars maintained liquid water on its surface despite a cold, arid climate.

The evidence that water once flowed freely on Mars is overwhelming. Over the last decade, scientists have found signs that water moved across the surface of the Red Planet as recently as 3 billion years ago.

The problem is, scientists have also uncovered a large body of evidence suggesting Mars' climate was especially cold and dry some 3 billion years ago.

Planetary scientists have been fishing for a solution to the contradiction.

"It's a paradox, an unresolved paradox of Mars," Kevin Zahnle, a NASA scientist who was not involved in the research, told The Verge. "On the one hand, some people say that it looked warmish and wettish, at least occasionally. On another hand, nobody can figure out how it could have been warmish and wettish."

Roughly 3 billion years ago marked the tail end of Mars' Hesperian period, its transition from cold and wet to cold and dry. By the end of the Hesperian period, all of the Red Planet's water should have been locked up in ice form.

But 3.5-million-year-old lake beds, like those found within Gale Crater, suggest otherwise.

Scientists have hypothesized that some sort of phenomena inspired periods of warming during the Hesperian period, allowing water to once again flow freely.

The latest study -- published this week in the journal Nature Geoscience -- suggests significant outflows of methane warmed the planet and melted ice deposits.

Methane ice is quite volatile. Scientists hypothesize that Mars' wobbly axis was tilted off kilter during parts of the Hesperian period, pointing the Red Planet's methane ice deposits toward the sun. As the volatile ice melted, explosions of methane escaped in the atmosphere and encourage spells of global warming long enough to melt water ice.

The pattern of the wobble of Mars' axis matches the timing of lake formation on Mars' surface. But scientists suggest methane alone wouldn't suffice. In order for real warming to occur, Mars' atmosphere would have had to also feature a significant amount of carbon dioxide.

A separate team of scientists have been looking for signs of heightened CO2 levels among Mars' rocks and sediment layers. They haven't had much luck.

"Having a thick CO2-rich atmosphere leads to some expectations about the kinds of rocks you would find deposited at that time," Thomas Bristow of NASA's Ames Research Center told New Scientist. "You would expect to see lots of carbonate minerals around, particularly in sedimentary rocks, but we don't see them."

There's another problem. Researchers don't have direct evidence of methane deposits on Mars. Their analysis is almost entirely based on computer modeling -- hypotheticals. The European Space Agency's ExoMars Trace Gas Orbiter is currently sniffing around the Red Planet for signs of the gas. If it can't find any, scientists may have to go back to the drawing board.

Science News // 9 minutes ago
China, Russia to start building lunar research station by 2026
Jan. 28 (UPI) -- China said Friday that it expects to sign a space agreement with Russia by the end of this year that will include construction of a joint lunar research facility. 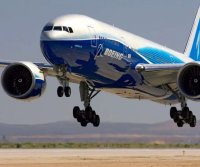 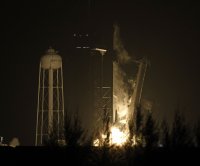 Science News // 3 days ago
SpaceX cargo capsule successfully splashes down in Florida
Jan. 24 (UPI) -- A SpaceX Dragon capsule that had transported supplies and experiments to the International Space Station splashed down along the coast of Florida on Monday afternoon.
Advertisement