To detoxify soil, just shoot lasers at it, study says

"Other methods are either costly, labor intensive, have low efficiency, or take a long time," said Northeastern researcher Ming Su. 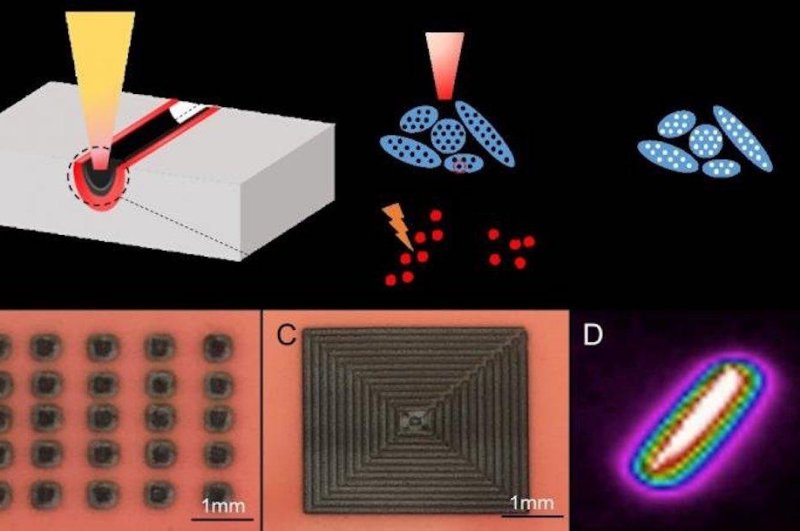 New research suggests lasers can be used to break down and eradicate pollutants trapped in soil. Photo by AIP Publishing

Aug. 29 (UPI) -- Researchers have developed a new technique for ridding soil of pollutants: blasting the dirt with lasers.

Oil spills and other contaminant-releasing catastrophes are often thought of as water-based, but soils can also become tainted by harmful chemicals. Most Superfund sites -- places suffering from the aftereffects of extreme pollution -- are on dry land.

Traditional methods for removing harmful contaminants from large amounts of soil are expensive and time consuming. However, researchers at Northeastern University have developed a cheaper, more efficient way to detoxify soil.

The method involves the concentration of high-powered infrared lasers on contaminated soil.

In experiments, researchers were able to successfully remove DDE from artificial soil. DDE is a derivative of DDT, the infamous, cancer-causing pesticide banned in 1972. Because DDE glows when exposed to ultraviolet light, it's easy to track.

After researchers blasted contaminated soil with their high-powered laser, an ultraviolet scan revealed no glowing DDE molecules -- proof that the laser light broke down and eradicated the pollutant.

Traditionally researchers use chemical solvents and water to flush out toxins, but this often simply dilutes the problem, instead of getting rid of the contaminant. Plants and microbes can help breakdown pollutants, but the process is extremely slow.

"Other methods are either costly, labor intensive, have low efficiency, or take a long time," Northeastern researcher Ming Su said in a news release.

Su and her colleagues hope a plow-like device pulling laser-carrying fiber-optic cables could soon be used to detoxify contaminated soil. They detailed the potential for such a device in a new paper, published this week in the Journal of Applied Physics.