Scientists successfully trained Teseo, a golden retriever pup, to sniff out the presence of hermit beetle larvae in trees. Photo by Pensoft

Aug. 28 (UPI) -- Hermit beetles are at risk of disappearing. But in order to protect them, conservationists must find and monitor their health -- not an easy task.

New research, however, suggests trained dogs can make the task easier, allowing researchers to locate and track the species' health.

In a proof of concept study, researchers were able to successfully train a golden retriever to sniff out the presence of hermit beetles.

RELATED Forest fires are a boon to wild bees

Scientists began by associating the smell of hermit beetle larvae with a food reward. Researchers then trained the retriever, a six-month old pup named Teseo, to identify the correct scent among an array of odors.

Teseo was bred from a line of dogs trained to sniff out illegal animals and animal parts.

After Teseo's training was complete, researchers pitted the pup against a wood mold sampling, the traditional technique used to confirm the presence of hermit beetle larvae. The method successfully predicts the presence of larva only 34 to 50 percent of the time. Teseo, on the other hand, identified larva with 73 percent accuracy.

The retriever was able to survey a tree within just a few minutes. The tree mold sampling process takes as long as 80 minutes per tree.

"A conservation detection dog is a powerful tool for locating Osmoderma eremita and these results can be useful for other related European species of Osmoderma," scientists wrote in a new paper describing their success.

Researchers recounted their training feat in the journal Nature Conservation.

"In fact, the use of a trained dog is a fast, accurate and non-invasive method that allows the detection of a target species in an area and to identify the colonized trees; this means that a conservation detection dog can locate new populations, can confirm the presence of the target species and can assist in the mapping of colonized trees in an area, accurately and efficiently," scientists wrote. 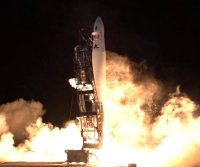