Portals to new worlds: Martian exploration near the North Pole

Members of the Mars 160 expedition stand in front of the Flashline Mars Arctic Research Station on Devon Island in Nunavut, Canada. Photo Courtesy of the Mars Society

July 27 (UPI) -- Perched on the edge of a 39-million-year-old crater is a white circular hut. It sticks out on the rocky, lichen-dotted landscape of Devon Island in Nunavut, Canada.

Known as "the Hab," this 26-foot diameter structure is home to six scientists and researchers who just moved in for a 12-week mission to simulate life on Mars.

The Arctic has long been a frontier for exploration, and now it's being used to open horizons on other planets. Last week, the Mars 160 mission launched phase two of its program, sending an international team to the Flashline Mars Arctic Research Station. Initially, the mission was set for three months of immersive study, but poor weather conditions may cause the mission to be cut to half its original length. While at the station, the team will test equipment and undertake a suite of geological, microbiological and paleontological experiments to prepare future astronauts for exploration on the red planet.

The mission is run by the Mars Society, a space advocacy organization preparing for human exploration and settlement on the red planet. The first phase of the mission was conducted from a research base in the desert of southern Utah in the fall of 2016. The conditions of the barren, Mars-like landscape of the Arctic North will serve to test the conclusions of the desert-based research and see if the more costly Arctic simulations can provide equally valuable payoffs.

"The advantage of our simulations is they're done in real Mars analogs where you can do real field science that you can't do in a building," said Shannon Rupert, principal investigator of the mission and director of the Mars Desert Research Station. "What's unique about this mission is it's comparing one analog to another analog. A twin study like this has never been done where the same people do the same investigations in two separate Mars analogs."

The Arctic also offers unusual landscapes similar to ones seen on Mars. One team member, Paul Knightly, is studying Arctic polygons - honeycombed soil structures formed by the freeze and thaw of the permafrost.

"We know Mars has Arctic-like polygons in permafrost," Rupert said. "So we know there's a process in the Arctic that we're seeing on Mars, and we can conduct tests about it from our station."

The inhospitable conditions of the Arctic have long held interest to scientists studying life on other planets, and indeed the Hab isn't the first outpost on Devon Island - the Haughton Mars Project run by the Mars Institute has been conducting studies from the crater annually for two decades. Other teams of astrobiologists have also tested experiments in Arctic lakes that could some day be used for looking for cellular life on water worlds like Europa, and geologists have scoured northern ice fields in search of meteorites that hold clues to how our solar system formed.

Out in the crater, two team members wander the desolate landscape in white spacesuits, simulating the atmospheric conditions of Mars and simultaneously testing the suits' design. However, unlike on the distant planet, the explorers of the alien Arctic landscape are required to have one member carry a shotgun, in case of curious polar bears. The Mars 160 team scouts the environment around the Hab, just as the first Martian explorers will investigate Mars. So far they have taken soil samples and studied collected biological specimens, such as lichen and insects.

The six crew members come from four continents, and their expertise spans a range of disciplines from geology to biology to engineering. The diversity is intentional, as part of the mission goal is to better understand team dynamics in isolated environments.

"Not only do they come from different backgrounds and speak different languages, their perceptions of things based on their experiences are very different," Rupert said. "Whenever we do go to Mars, we're going to have to look at how you take the best people from diverse backgrounds and throw them into a mission and make them successful at that mission. This team has really proven that, regardless of where you're from and what your background is, it's possible come together and pull as a team."

Though the team keeps busy with lab work and writing, in their spare time they relax like any Earth-bound human - reading books, baking, exercising on a stationary bike and watching movies (the team is currently working their way through season two of the television show The Expanse, a sci-fi show depicting future colonization of Mars). Power is supplied to the Hab by generators, and all food supplies were brought in on arrival. For the duration of the mission, the team works in isolation, connected to the rest of the planet only through emails sent over a satellite phone.

With initiatives like the Mars Society, Breakthrough Starshot and SpaceX, space colonization is no longer confined to the dreams of science-fiction authors, and it seems the Arctic will continue to play a role in providing a test bed for scientists and engineers.

Mara Johnson-Groh is a freelance science writer and photographer. This article originally appeared on Arctic Deeply, and you can find the original here. For important news about Arctic geopolitics, economy, and ecology, you can sign up to the Arctic Deeply email list. 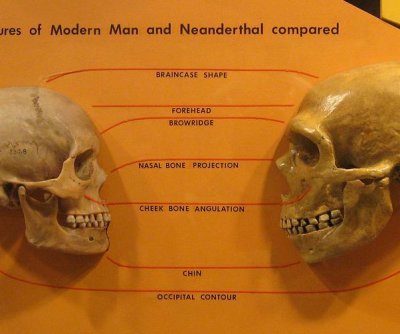