"This star is smaller, and likely colder, than many of the gas giant exoplanets that have so far been identified," said astronomer Alexander von Boetticher.

A diagram shows the size of the newly discovered star relative to Saturn. Photo by Amanda Smith/Cambridge University

July 12 (UPI) -- Astronomers have identified a star roughly the size of Saturn. It's the smallest star yet discovered.

The team of astronomers, led by scientists at University of Cambridge, identified the object among exoplanet transit data collected as part of the WASP project, the Wide Angle Search for Planets.

Just as exoplanets are discovered, WASP and its managing astronomers were alerted to the presence of EBLM J0555-57Ab as it passed across the face of its parent star around which it orbits.

Researchers believe the star is just beyond the threshold separating brown dwarfs from stars. It has just enough mass to power fusion, the conversion of hydrogen nuclei into helium at the star's center.

Even with fusion, the star is remarkably weak and dim. It is unlikely a star could be any smaller than EBLM J0555-57Ab.

"Our discovery reveals how small stars can be," Alexander von Boetticher, a master's student at Cambridge's Cavendish Laboratory and Institute of Astronomy, said in a news release. "Had this star formed with only a slightly lower mass, the fusion reaction of hydrogen in its core could not be sustained, and the star would instead have transformed into a brown dwarf."

Researchers used Doppler shifts in the spectrum of the miniature star's parent star to measure its size and mass.

RELATED New record-breaking brown dwarf is 'purest' and most massive

"This star is smaller, and likely colder, than many of the gas giant exoplanets that have so far been identified," said von Boetticher. "While a fascinating feature of stellar physics, it is often harder to measure the size of such dim low-mass stars than for many of the larger planets."

"Thankfully, we can find these small stars with planet-hunting equipment, when they orbit a larger host star in a binary system," he said. "It might sound incredible, but finding a star can at times be harder than finding a planet."

Researchers published their discovery this week in the journal Astronomy & Astrophysics.

Small, dim stars are more likely to host exoplanets with conditions favorable to life. The universe is filled with stars smaller than 20 percent the mass of the sun, but they quite difficult to find. EBLM J0555-57Ab offers astronomers a chance to better understand these miniature stars. 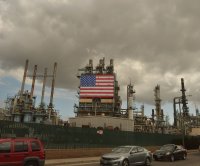