"Given the advantages of this two-dimensional chemical signalling system, other examples of anti-antiaphrodisiacs are likely be found," researcher Colin Brent said.

A male western tarnished plant bug approaches a female to sniff out whether or not she's ready to mate again. Photo by Colin Brent, et al./eLife

"However, this effect only persists for a few days," Colin Brent, a researcher entomologist with the USDA's Agricultural Research Service, said in a news release. "Over time, those females regain their attractiveness so that, by five days after mating, they are as likely to be courted as virgins. But the mechanism by which this is accomplished has not been determined."

RELATED Praying mantises all over the world hunt and eat birds

"Our analyses confirmed the presence of a previously identified antiaphrodisiac called myristyl acetate, and revealed two additional compounds that repel other males from recently mated females," Brent said. "The female converts one of these internally before releasing it as a third compound, which counteracts the anti-aphrodisiac effect caused by the myristyl acetate but does not actually increase male attraction to the female."

Researchers described the newly discovered pheromone this week in the journal eLife.

While this is the first such anti-antiaphrodesiac discovered by scientists, it may not be all that rare in the natural world. Scientists may have simply overlooked it. The evolutionary back-and-forth that inspired the pheromone is common.

"Given the advantages of this two-dimensional chemical signalling system, other examples of anti-antiaphrodisiacs are likely be found," Brent said. "These systems could then be manipulated and turned against the pests, causing them to change their behaviors in a way that could help reduce their population." 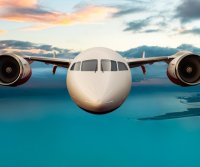