"On the basis of the experiments one could make a conclusion that a generally safe compound transforms in the water and forms more dangerous products," said chemist Albert Lebedev.

June 27 (UPI) -- New research suggest a common sunscreen chemical breaks down into toxic compounds when exposed to sun and water.

The oil-soluble compound avobenzone is prized for its ability to absorb ultraviolet light. It's commonly used in sunscreen and other cosmetics, including lip balms and moisturizers. The UV-filtering compound converts ultraviolet rays into safer wavelengths that don't damage the skin, effectively turning ultraviolet energy into thermal energy.

The Food and Drug Administration approved the use of avobenzone, a derivative of dibenzoylmethane, in commercial cosmetics in 1988. Nearly 30 years later, new research out of Russia suggests the compound could expose wearers to toxic chemicals.

In lab tests, researchers showed avobenzone breaks down into potentially dangerous chemicals when exposed to sunlight in a water solution -- a scenario that plays out poolside on the skin of millions of people every summer day.

When exposed to light in a chlorinated water solution, avobenzone broke down into a combination of aromatic acids, aldehydes, phenols and acetyl benzenes, several of which are highly toxic.

"On the basis of the experiments one could make a conclusion that a generally safe compound transforms in the water and forms more dangerous products," Albert Lebedev, a chemist at Lomonosov Moscow State University, said in a news release. "In spite of the fact that there are no precise toxicological profiles for the most established products, it's known that acetyl benzenes and phenols, especially chorinated ones, are quite toxic."

Researchers used chromatomass spectrometry to study the chemical products resulting from the breakdown of avobenzone. They shared the results of their analysis this week in the journal Chemosphere.

"Studying the products of transformation of any popular cosmetics is very important as very often they turn out to be much more toxic and dangerous than their predecessors," Lebedev said. "In principle, basing on such researches, one could obtain results, which could restrict or even put under a ban the usage of one or another product, and preserve health of millions of people."

Lebedev and his colleagues are currently studying the breakdown of avobenzone in seawater and freshwater. Researchers suggest chlorination and bromination conditions, in lakes, oceans and manmade swimming pools, could promote a greater number of potentially harmful breakdown products. 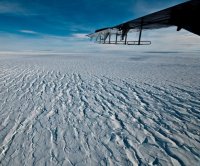