"The nature of dark energy remains one of the main unsolved puzzles in modern science," said researcher Romain Teyssier. 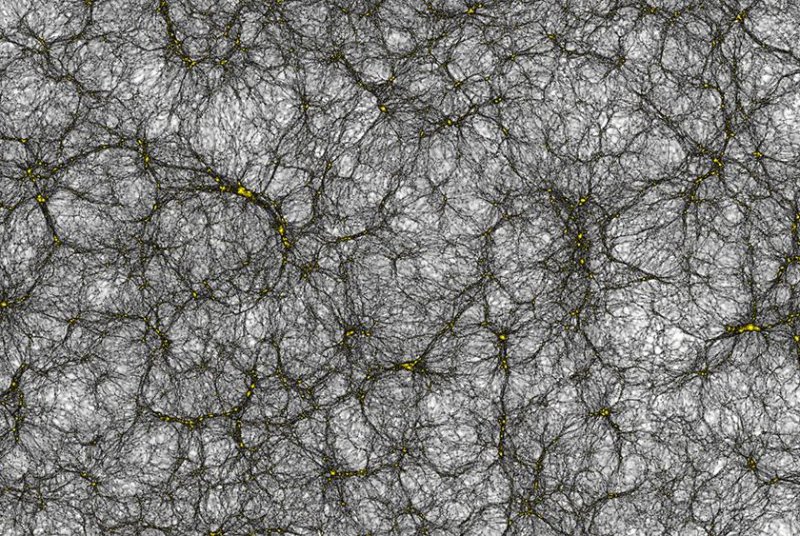 June 9 (UPI) -- Scientists in Switzerland have simulated the largest, most complex virtual universe to date, a feat they hope will yield new insights into the nature of dark matter and dark energy.

Astrophysicists at the University of Zurich developed a new computer model to describe cosmic structures and the behavior of dark matter in unprecedented detail. Scientists ran their model for 80 hours using one of the world's most powerful supercomputers.

The algorithms allow the dark matter to evolve under the influence of its own gravity, yielding a phenomenon called dark matter halos -- concentrations of dark matter in which galaxies like the Milky Way form.

RELATED Our galaxy exists in a cosmic void, study shows

Simulating the proper proportions is the largest challenge of large-scale cosmic modeling. Roughly 23 percent of the universe consists of dark matter, and dark energy accounts for another 72 percent. Collections of ordinary matter make up just a small percentage of the cosmos. It is difficult to simulate small galaxies -- galaxies measure just a tenth the size of the Milky Way -- within massive structures.

"The nature of dark energy remains one of the main unsolved puzzles in modern science," Romain Teyssier, a professor for computational astrophysics at UZH, said in a news release.

Euclid's work will be guided by the record-setting model developed by Zurich scientists.

"Euclid will perform a tomographic map of our Universe, tracing back in time more than 10-billion-year of evolution in the cosmos," UZH researcher Joachim Stadel said.

Researchers detailed their virtual universe in the journal Computational Astrophysics and Cosmology.