"Our data suggest that by releasing smaller amounts of pheromone, the female increases the likelihood of attracting males with longer antennae," said researcher Mark Elgar.

Moths with bigger antennae are better at finding mates. Photo by Peter Marriott

May 26 (UPI) -- According to new research, male moths with large antennae are better able to locate potential mates.

The discovery -- detailed in the journal The Science of Nature -- confirms a premise of Charles Darwin's theory of sexual selection.

As Darwin observed, most male animals put their energy into impressive displays to attract mates, whether through song, dance or physical appearance. But Darwin also theorized that males who were good listeners would have an advantage in securing a mate and passing on his genes.

"Our data are consistent with Darwin's 1871 prediction that sexual selection favours exaggerated sensory receptor structures like antennae," Matthew Symonds, researcher at Deakin University, said in a news release. "As evolutionary biologists, it's very rewarding to be able to support a long-standing idea, originally floated by Darwin, that hasn't attracted much attention."

"Our data suggest that by releasing smaller amounts of pheromone, the female increases the likelihood of attracting males with longer antennae," said Mark Elgar, from the University of Melbourne. "These males may be better mates because producing and maintaining a large sensory structure is costly and possible for higher quality males only. Those male qualities may be passed onto her offspring." 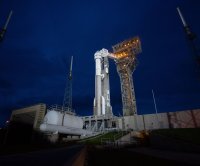 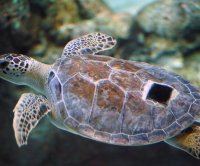 Science News // 3 days ago
Without genetic variation, asexual invasive species find other ways to adapt
July 30 (UPI) -- Invasive all-female weevils pass along epigenetic changes to their offspring, helping them adapt to new environs, according to a new study.