"How signals are transmitted through the cell membrane is one of the most fundamental questions in modern biology," said researcher Ivan Gushchin.

May 22 (UPI) -- How does bacteria sense the world around them? New research suggests one of bacteria's sensory mechanisms operates like an olfactory system.

Scientists in Russia have developed a universal model for bacteria's sense of smell. Researchers modeled the olfactory mechanism after analyzing the structure of the NarQ protein in E. coli bacteria. NarQ is a type of histidine kinases, a class of sensory proteins responsible for transmembrane cellular communication.

The new model, detailed in the journal Science, could allow scientists to develop therapies to thwart the functionality of the NarQ protein, robbing bacteria of their smelling abilities. Such therapies could render pathogens harmless and serve as a substitute for antibiotics.

Cells are protected by an outer wall called the membrane. The membrane maintains the chemical composition inside a cell, but it makes it harder for a cell to sense its surroundings.

Two types of proteins facilitate the exchange of information across a membrane: kinase proteins and response regulator proteins.

Kinase proteins receive biochemical signals from outside the cell and carry them across the membrane where they are received by response regulator proteins for translation. This sensor mechanism is known as a two-component system.

X-ray crystallography has previously been used to analyze kinase proteins and response regulator proteins. But the imaging method only presents the proteins' molecular structure in stasis, like a single-frame photograph -- thus, limiting scientists' ability to understand the sensory process.

In the latest study, scientists were able to image two states of the NarQ kinase, revealing a pair of protein molecules working in tandem. The molecules are tasked with sensing the presence of nitrates in the vicinity of the cell.

During the first NarQ kinase state, the molecular pair are inactive because they aren't bound to a nitrate ion. The second state, however, is a signaling state. Researchers were able to compare the active and inactive states to reveal subtle changes in molecular structure.

When the ion binds with the proteins, the monomers shift dramatically. The movement recalls the pumping of pistons and allows the transmission of information across the membrane.

As detailed in the journal Science, researchers believe this piston-like movement is universal among histidine kinases.

"How signals are transmitted through the cell membrane is one of the most fundamental questions in modern biology," Ivan Gushchin, a researcher at the Moscow Institute of Physics and Technology, said in a news release. "In this study, we showed in detail how a signal -- in this case the binding of a nitrate -- can be transmitted by hundreds of angstroms into the cells of bacteria and archaea, as well as fungi and plants."

"With a better understanding of the mechanisms of signal transmission, we can expect to learn how to manipulate such cells, and in particular, to try to weaken or neutralize the harmful effects of pathogenic microorganisms," Gushchin concluded. 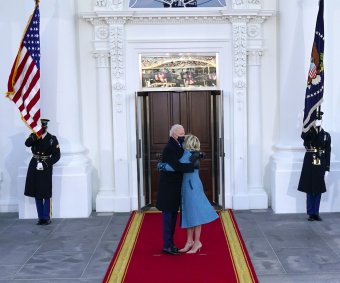