"Everyone should be able to live in a place with access to clean water and clean air," said researcher Jyotsna Jagai.

Heavy rains can lead to an uptick in bacterial and viral infection in cities with combined sewers. Photo by Bill Greenblatt/UPI | License Photo

May 12 (UPI) -- Researchers have discovered a worrying link between heavy rainfall and upticks in infections caused by bacteria and viruses carried by human waste. The correlation was identified in cities with aging sewer systems.

In 2014, Jagai began comparing rainfall data with hospital records in Massachusetts between 2003 and 2007. In cities with combined sewers, Jagai found heavy rains led to an 13 percent increase in gastrointestinal disorders linked to human waste-borne bacteria and viruses.

"This study looks at extremely heavy rainfall events as a proxy for combined sewer overflow events -- we don't make the connection 100 percent, but it definitely shows there's a significant impact," Jagai told Tufts Now. "These sorts of gastrointestinal or diarrheal diseases have a huge impact on health, especially for patients who are malnourished, or whose immune systems are compromised in some way."

Jagai wants to build on her research so that residents could be warned when their water supply is at risk as a result of combined sewer overflows, or CSOs. Boil water advisories could be issued when rainfall totals increase a sewer system's vulnerability.

"If climate change predictions are true, we'll be seeing more heavy rainfall and more CSO events in the next 10 to 20 years," she said. "This study suggests the need for increased messaging to communities to warn people not to play in the water, or to boil and filter drinking water after major rainfall as a precaution."

Jagai hopes to expand the scope of her work so as to build a more comprehensive catalog of local environmental exposure risks, including industrial chemicals and pesticides, as well as pathogens.

"I want to build a much broader notion of exposure," she said. "Everyone should be able to live in a place with access to clean water and clean air. There shouldn't be an uneven distribution of pollutants. The big theme to me is one of environmental justice." 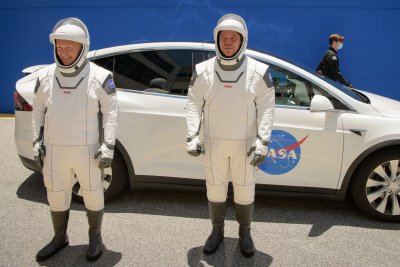