"It's possible that it has snowed less in this part of Antarctica in recent years -- that would also cause the glaciers to thin and lose mass, but it's a not a signal of dynamical imbalance," said Leeds researcher Andrew Shepherd. 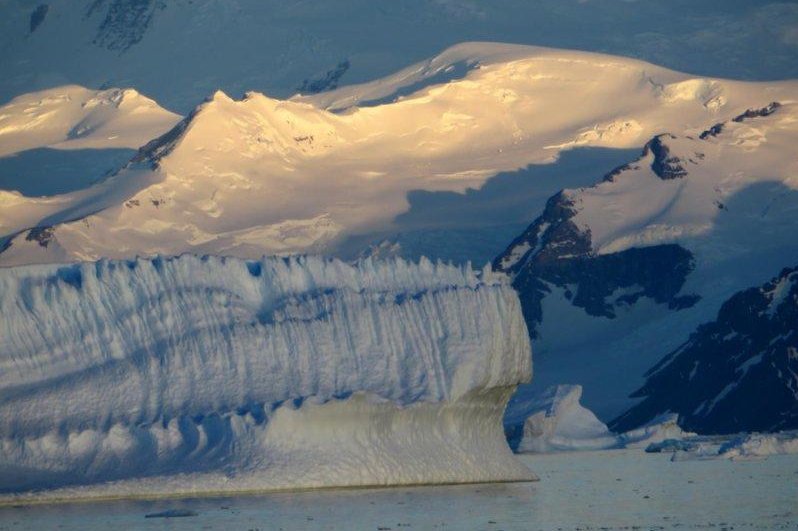 Glaciers on the Antarctica Peninsula aren't losing ice as quickly as previous estimates suggested. Photo by A. E. Hogg/CPOM

May 2 (UPI) -- New research suggests ice flow among the glaciers on the southern Antarctic Peninsula isn't as dramatic as previously estimated.

Glacial flow has increased since the 1990s, glaciologists at Leeds University found, but only a third as much as what was previously reported by scientists at the University of Bristol.

"Dramatic changes have been reported in this part of Antarctica, so we took a closer look at how its glaciers have evolved using 25 years of satellite measurements dating back to the early 1990s," Leeds researcher Anna Hogg said in a news release.

Researchers used satellite data to track the advances of 30 different glaciers on the peninsula and found a significantly smaller rate of glacial advance and ice loss.

Bristol researchers reported significant ice loss and glacial thinning using a different set of satellite observations, but Hogg and her colleagues say their measurements don't agree with such an interpretation.

The latest study, published this week in the journal Geophysical Research Letters, suggests most of the glaciers in the region of the Antarctic Peninsula known as Palmer Land are still moving relatively slowly and have only accelerated slightly over the last two decades.

"It's possible that it has snowed less in this part of Antarctica in recent years -- that would also cause the glaciers to thin and lose mass, but it's a not a signal of dynamical imbalance," said Leeds researcher Andrew Shepherd.

The authors of the newest analysis say they aren't discounting the risk of climate change and global warming's effects on Antarctica glaciers. They say it's essential that scientists continue to monitor the impacts of warming on glaciers and sea level rise.

The highest rates of acceleration were measured among glaciers grounded at roughly 1,000 feet below sea level.

"We looked at water temperatures in front of the glaciers which have sped up the most, and we found that they flow through deep bedrock channels into the warmest layer of the ocean," Hogg said. "This circumpolar deep water, which is relatively warm and salty compared to other parts of the Southern Ocean, has warmed and shoaled in recent decades, and can melt ice at the base of glaciers which reduces friction and allows them to flow more freely."