The eyes of male net-casting spiders shrink as they mature

Prior to sexual maturity, male net-casting spiders boast some of the largest eyes in the arachnid world. Photo by Jay Stafstrom/University of Nebraska

May 1 (UPI) -- Few arachnids have larger eyes than male net-casting spiders, Deinopis spinosa. But as new research revealed, the males' eyes shrink as much as 25 percent by the time the males molt for the final time.

The male spiders final molt marks the completion of their maturation process. They lose their ability to cast a prey-capturing silken net, but they gain the ability to mate.

According to the latest analysis by scientists at the University of Nebraska, nocturnal motion detection is the solitary function of the male spider's secondary eyes. When those eyes shrink and become less effective, the males -- who previously spent each night hanging upside down waiting for unsuspecting prey to pass by on the ground below -- take to the ground in search of a mate.

"This huge behavioral shift really is crazy," Jay Stafstrom, a doctoral candidate in biological sciences at Nebraska, said in a news release. "If you're a male, throughout all of your juvenile life, you're a super-predator with huge eyes to catch prey."

Then, one day, the male spider abandons a lifelong habit.

"Instead of being in one spot, staring at the ground, now you're walking around," Stafstrom said. "We don't know how far they actually search to find females, but it's far more walking than they typically do."

The males' eye-size sacrifice doesn't come without benefits. Instead of investing in motion detection, the spiders enlarge their primary, or principal, eyes, which are used to detect forms and details. These eyes are more useful for spotting a motionless female -- a potential mate.

Researchers -- who published their latest findings in the journal Scientific Reports -- also measured a metabolic shift in the brains of male spiders. The net-casting spiders divested from neurons linked with motion detection. Because neurons require so much energy, even a small divestment can save a lot of energy.

"If the male spiders don't rely on motion detection to forage anymore, they should get rid of it," Stafstrom said. "They're going to die quicker if they don't, most likely."

Their hunting ability suffers tremendously as a result of the divestment. In the lab, researchers watched matured males struggle to catch crickets. The drive to reproduce sees many species make a variety of dramatic adaptations. But researchers say the male net-casting spider's transformation is unusually stark.

"There are a lot of studies that have shown that, in different environmental niches, you can see different investment in sensory systems," Stafstrom said. "But within an individual's life span, seeing such a dramatic change is pretty uncommon."

Science News // 18 hours ago
Domestication changes the brain of farm-foxes
June 14 (UPI) -- The domestication process has transformed the brains of foxes bred by researchers in Russia. 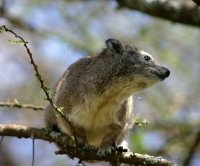