When researchers with the U.S. Geological Survey sampled streams across the United States, they were surprised by the complexity of contaminant mixtures. Several of the organic contaminants measured could have adverse effects on aquatic species, and some could potentially harm human health.

The majority of the chemicals tested for by the USGS researchers are bioactive, which means they are certainly affecting living organisms.

"There are large studies that have shown that these kinds of contaminants even in low doses like we're seeing here, are actually able to cause biological effects," Paul M. Bradley, a hydrologist with USGS, told Popular Science. "When you think in terms of the stream environment you're talking about the entire food web. You're going from microorganisms all the way up to large fish and mammals."

Researchers tested for the presence of 719 organic chemicals in 38 different streams. More than 50 percent hosted at least one of the contaminants. Some streams tested positive for 162. Stream samples tested positive for caffeine, insecticides, herbicides, pharmaceuticals and more.

Scientists published the results of their survey in the journal Environmental Science and Technology. 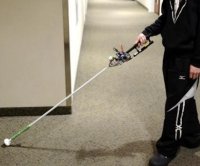