Scientists report they have designed yeast cell factories that can produce sustainable alternatives for non-renewable fuels.

Researchers at Chalmers University of Technology in Sweden created yeast cell factories to produce alternatives to gasoline and jet fuel. On the left is the normal structure of the FAS enzyme, and on the right is a modified version the researchers designed by altering to include other enzymes found in certain forms of fuel. Photo by Zhiwei Zhu/Chalmers University of Technology

March 9 (UPI) -- Researchers at Chalmers University of Technology in Sweden are using fatty acid synthase, or FAS, to produce sustainable alternatives to petrol and jet fuel.

"This enzyme normally synthesizes long chain fatty acids, but we have now modified it into synthesizing medium chain fatty acids and methyl ketones -- chemicals that are components in currently used transportation fuels," Zhiwei Zhu, a post-doctoral student at Chalmers, said in a press release. "In other words: We are now able to produce [gasoline] and jet fuel alternatives in yeast cell factories, and this has never been done before."

Scientists have tried unsuccessfully over the years to modify FAS, which was first described by Nobel Prize winner Feodor Lynen.

"We did not expect this," Zhu said. "Actually, it was thought by the scientific community that this rigid enzyme was not readily amenable to manipulation. We first tried to change this fatty acid synthase by replacing one of its acyl carrier protein domains with a foreign enzyme to modify its properties and, surprisingly, it worked. Then we implemented such modification in other fungal fatty acid synthases and found this approach versatile."

The research was published in the journal Nature Chemical Biology. 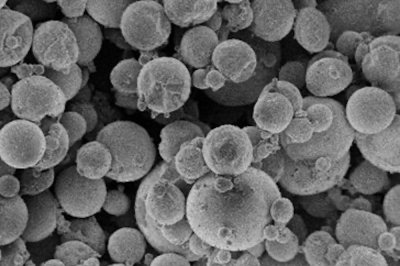