A series of X-ray images help scientists build a 3D model of the internal microstructure of meteor fragments. Photo by NASA/Berkeley Lab

Feb. 27 (UPI) -- As 2013's Chelyabinsk meteor proved, an asteroid doesn't have to make direct contact with Earth's surface to do considerable damage.

The Chelyabinsk meteor, which became a fireball brighter than the sun, a superbolide, as it entered Earth's atmosphere above Russia, exploded 19 miles above Russia's Chelyabinsk Oblast region with the force of 500,000 tons of TNT. The shockwave broke thousands of windows and sent hundreds of people to the hospital.

Now, scientists at Lawrence Berkeley National Laboratory are trying to improve their ability to predict the risk of similar explosions. Their efforts are part of the Asteroid Threat Assessment Project initiated by NASA's Planetary Defense Coordination Office.

Harold Barnard, a scientist at Berkeley Lab's Advanced Light Source, designed a chamber capable of replicating the compressive forces experienced by an asteroid barreling through the atmosphere. Scientists plan to use X-rays to image asteroid fragments under extreme strain and to analyze how extreme forces interact with a meteorite's various chemical and structural compositions.

"We want to understand the fracture mechanics of meteors," Barnard said in a news release.

Though the aims of the research are relatively new, the science is familiar territory for NASA, which has been studying the effects of atmospheric and vibrational forces on various materials for decades.

"It is very complex science, but it has a lot of common features with [spacecraft] entry systems," said Francesco Panerai, a scientist working at NASA's Ames Research Center. "We will apply the tools we have to model spacecraft to asteroids."

But space rocks aren't the same as high-tech metals and other synthetic materials used to build rockets and spacecraft. Understanding the structural idiosyncrasies of meteor fragments -- how cracks and fractures begin and grow under stress -- is a big part of the puzzle.

X-ray image sequences will allow scientists to create 3D models of space rocks and study the effects of extreme pressure and temperature changes on meteor microstructures. Scientists say the imaging technology and computer models being developed for their research could be tweaked to study and solve other problems.

"It can work for anything you want to crush or pull on," said Dula Parkinson, a research scientist at Berkeley Lab. "When someone has an application that's challenging, it really pushes you to develop something new."

Amateur astronomers spot breakup of comet as it passes Earth 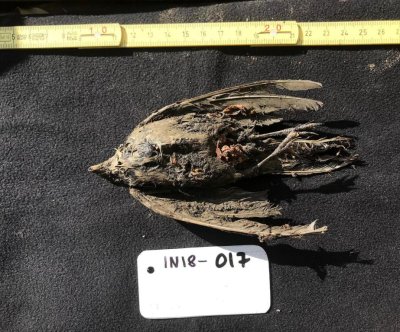