Komodo dragons use bacteria in their saliva to kill their prey. 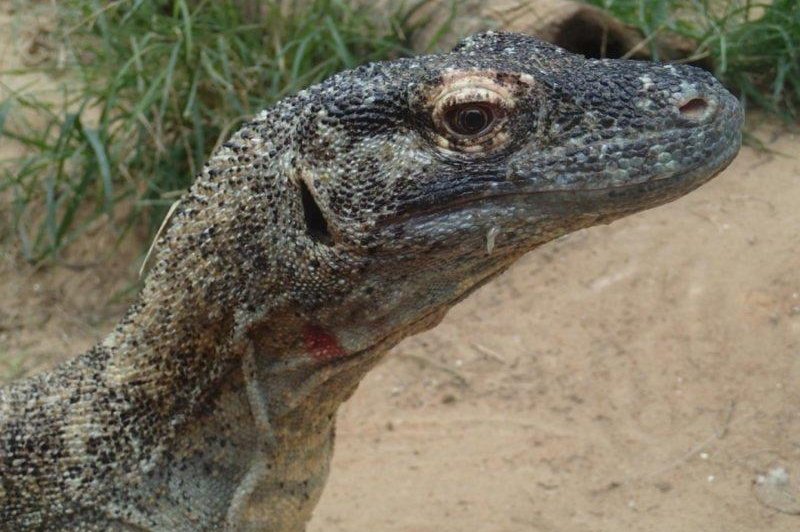 Proteins found in Komodo dragon blood could pave the way for new antibiotics for drug-resistant infections. Photo by Kent Vliet/ACS

Feb. 23 (UPI) -- Scientists have isolated proteins that give Komodo dragon blood its antimicrobial qualities and help the reptiles ward off infections.

For Komodo dragons, the lizard species found only in Indonesia, harmful bacteria serve as essential weaponry. The lizards carry at least 57 species of bacteria in their saliva. Scientist believe the bacteria help the predators take down prey.

Previous studies have shown Komodo dragons are immune to the microbes in their own saliva. In fact, experiments found the saliva serum triggered antibacterial activity in dragon specimens.

Researchers at George Mason University decided to find out if the Komodo dragons' cationic antimicrobial peptides -- proteins essential to the immune systems of most animals -- were particularly robust.

Cationic antimicrobial peptides, or CAMPs, are positively charged. So scientists used negatively charged hydrogel to fish the proteins out of Komodo dragon blood -- a technique known as bioprospecting.

Their efforts yielded 48 potential CAMPs, which the scientists sequenced using mass spectrometry. All of the peptides are derived from histone, a protein known to have antimicrobial properties. The researchers synthesized and tested eight of the peptides against Pseudomonas aeruginosa and Staphylococcus aureus. Seven successfully combated both strains, while an eighth shrugged off the attacks of P. aeruginosa.

Researchers detailed their experiments in the Journal of Proteome Research.

Microbes from Earth could temporarily survive on Mars