Previous attempts to replicate Earth's magnetic field in the lab have proven problematic. 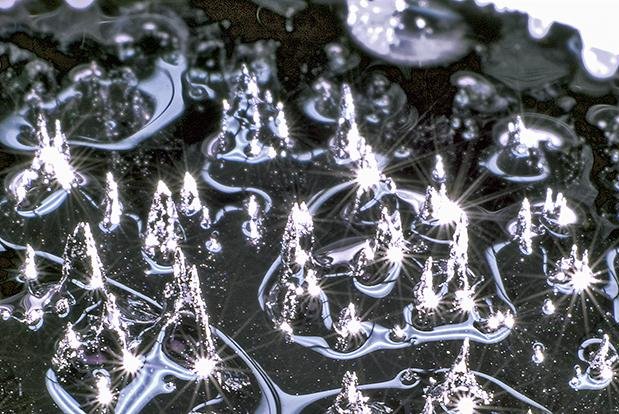 Jan. 31 (UPI) -- Researchers have developed a new metal alloy with unique electromagnetic properties -- properties they hope can help them recreate the magnetic forces generated by the cores of stars and planets.

The alloy, called eGaIn, consists of various particles suspended in a combination of indium and gallium. When the liquid metal flows, it becomes highly conductive and generates strong magnetic fields.

"We managed to suspend almost anything we wanted -- steel, zinc, nickel, iron -- basically anything with a conductivity higher than that of the eGaIn," Florian Carle, a material scientist and postdoctoral researcher at Yale University, said in a news release.

Earth's powerful magnetic field is generated by the flow of liquid metal in its core. Researchers believe the new alloy could be used to replicate Earth's core and study the forces generated by its flow.

Previous attempts to replicate Earth's magnetic field in the lab have proven problematic.

"People have tried these big flow chambers as large as three meters across, filled with liquid sodium and spinning around like a miniature Earth," said Eric Brown, assistant professor of mechanical engineering and materials science at Yale.

"So they might see results that you couldn't get with liquid sodium, or even observe completely different MHD phenomena," said Carle.