"The territory of the Caspian tiger was vast," said researcher James Gibbs. 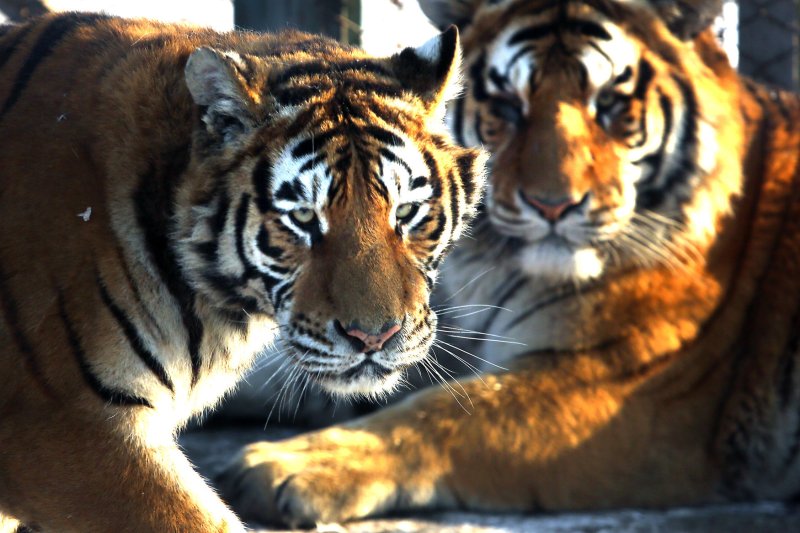 Scientists say the time is right to repopulate a stretch of wild land in Kazakhstan with tigers. Pictured is a Siberian tiger, a close relative of the Caspian tiger that once roamed Central Asia. Photo by Stephen Shaver/UPI | License Photo

Jan. 17 (UPI) -- New research suggests the time is near to reintroduce tigers to Central Asia. The stately predators haven't roamed the region since the mid-1960s when they were declared extinct.

Scientists at SUNY College of Environmental Science and Forestry believe an area of wilderness in western Kazakhstan would be most ideal for a reintroduction program. But first, the landscape needs some restoration work and sufficient prey numbers must be encouraged.

"First, it is necessary to stop riparian zone degradation caused by uncontrolled fires," Mikhail Paltsyn, an ESF doctoral candidate, said in a news release. "Second, it is vital to restore wild ungulate -- broadly defined as a hoofed mammal -- populations in the area. That, alone, could take five to 15 years."

If done right, scientists believe a tiger population could host 100 tigers within 50 years.

RELATED Study: Largest marine species most likely to be wiped out by humans

Prior to their disappearance, Caspian tigers, the species endemic to Central Asia, could be found from Turkey all the way to northwestern China. Caspian tigers roamed Iraq, Iran and elsewhere.

But environmental degradation as a result of massive Soviet-sponsored agricultural projects, combined with the threats of poachers, pushed the Caspian tiger to extinction.

"The territory of the Caspian tiger was vast," added James Gibbs, director of the Roosevelt Wild Life Station at ESF. "When they disappeared, the number of nations that hosted tiger populations was reduced by more than half."

A reintroduction plan would include a subspecies, the Amur tiger, with an almost identical genetic makeup to the Caspian tiger.

Scientists used historical Caspian tiger data, as well as modern studies of related species, to understand what combination of prey diversity and habitat is necessary to sustain a tiger population.

The researchers found the basic combination of ecological ingredients in Kazakhstan, a stretch of wild land near the Ili River delta and Balkhash Lake. A plethora of wild boar, Bukhara deer and roe deer call the region home.

Scientists detailed their reintroduction plan in the journal Biological Conservation.

Science News // 5 days ago
NASA, DARPA partner for nuclear space rocket test
Jan. 24 (UPI) -- NASA is partnering with the Defense Advanced Research Projects Agency to demonstrate the use of a nuclear thermal rocket engine in space, the two agencies announced in a statement Tuesday.

Science News // 6 days ago
NASA delays Rocket Lab launch in Virginia until Tuesday
Jan. 23 (UPI) -- NASA on Monday scrubbed the Rocket Lab's launch of its Electron rocket from Virginia because of poor weather conditions, moving the possible liftoff to Tuesday.