"We can use the stone tools they left behind to map how they were moving through landscapes, which are now beneath the English Channel," said researcher Andy Shaw. 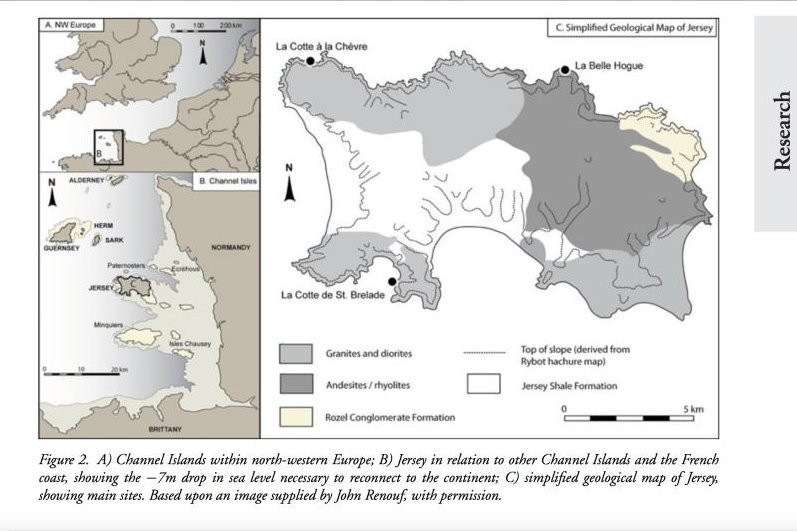 A map of the island of Jersey where the prehistoric coastal cave of La Cotte de St Brelade is found. Photo by Andrew Shaw et al./Antiquity

SAINT HELIER, Jersey, Dec. 14 (UPI) -- Neanderthals may have taken vacations, or at least they liked the view from the granite cliffs of Jersey. New evidence suggests Neanderthals visited La Cotte de St Brelade, a prehistoric site on the island of Jersey, for at least 180,000 years.

Previous surveys of La Cotte de St Brelade have been limited in scope, focused mostly on concentrations of mammoth remains within the cave. The latest effort involved a wide-angle approach.

Researchers re-examined stone artifacts unearthed in the 1970s to better understand how they were made and where materials were sourced from. The survey helped archaeologists get a better sense of how visitors to La Cotte de St Brelade utilized local resources and the surrounding landscape. The analysis also revealed where Neanderthals were visiting from.

"La Cotte seems to have been a special place for Neanderthals," Andy Shaw, an archaeologist at the University of Southampton, said in a news release. "They kept making deliberate journeys to reach the site over many, many generations."

RELATED Evidence of cannibalism among late Neanderthals found in Europe

"We can use the stone tools they left behind to map how they were moving through landscapes, which are now beneath the English Channel," Shaw added.

Jersey is an island in the English Channel off the coast of Normandy, France, but it wasn't always surrounded by water. Some 180,000 years ago, expanding ice caps captured sea water, shrinking sea levels and exposing large swaths of offshore resources -- land now underwater.

Understanding exactly why Neanderthals returned to La Cotte again and again isn't clear, but the island cave was important to the close human relatives.

"We're really interested in how this site became 'persistent' in the minds of early Neanderthals," said Beccy Scott, a researcher with the British Museum. "You can almost see hints of early mapping in the way they are travelling to it again and again, or certainly an understanding of their geography."

"But specifically what drew them to Jersey so often is harder to tease out," Scott said. "It might have been that the whole Island was highly visible from a long way off -- like a way-marker -- or people might have remembered that shelter could be found there, and passed that knowledge on."

Researchers detailed their survey of Le Cotte in the journal Antiquity. 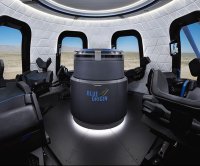