Sex of prehistoric hand-stencil artists can be determined forensic analysis

"This geometric approach is very powerful as it allows us to look at the palm and fingers independently," researcher Patrick Randolph-Quinney said. 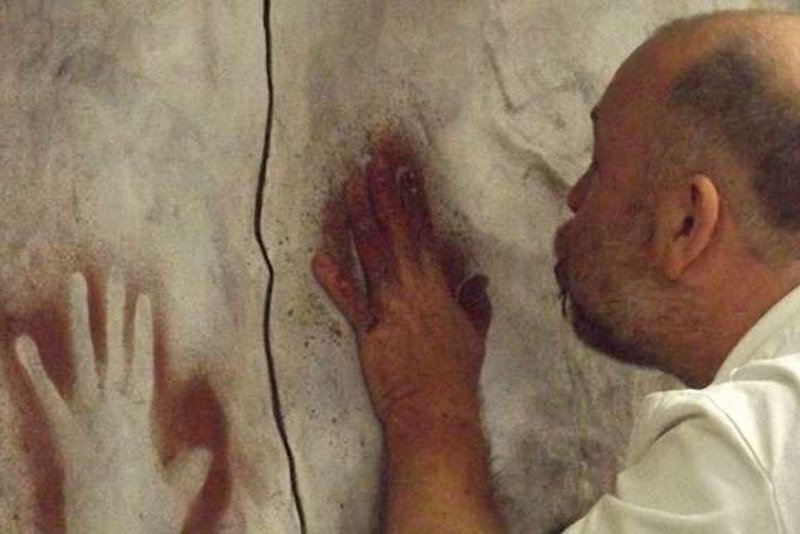 Researchers built a model cave wall to test their ability to determine the sex of hand stencil artists in the lab. Photo by University of Liverpool

"The problem with focussing on hand size and finger length is that two different shaped hands can have identical linear dimensions and ratios," Patrick Randolph-Quinney, a forensic anthropologist at the universities of Central Lancashire and Witwatersrand, said in a news release. "To capture shape, we applied geometric morphometrics, a technique used in forensic studies that had never been tested on hand stencils before."

Researchers developed the technique by training a computer model to translate 2D stencils into 3D hands. Scientists armed their model with data from known-sex hand stencils and the hands that created them. The model identified series of 2D landmarks linked with hand shape and form, and highlighted the correlations most predictive of sex.

"This geometric approach is very powerful as it allows us to look at the palm and fingers independently," Randolph-Quinney said. "It revealed that the shape of the palm is actually most indicative of the sex of the individual, rather than the finger size or length."

The new technique hasn't yet been used to analyze actual prehistoric hand stencils. Scientists want their technique to be tested on a variety of ethnicities and populations to confirm its validity.

"We would encourage other researchers to apply this method to different human populations so we can build a more global understanding of hand variation," said Anthony Sinclair, an archaeologist at the University of Liverpool.

The new research was published in the Journal of Archaeological Science. 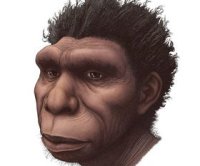 Science News // 2 hours ago
Newly named species of early human could help explain evolutionary gaps
Oct. 28 (UPI) -- The link that anthropologists hoped would neatly bridge the gap between apes and humans likely doesn't exist. Human evolution, it turns out, looks more like a "braided stream" than an inclined plane of improving posture.